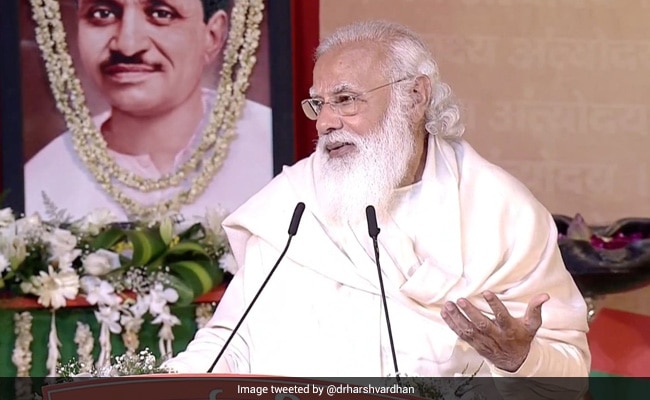 "Today, the self-reliant India campaign is becoming the medium for building the future of the poor in  villages, farmers, labourers and the middle class," PM Modi said, adding that the focus on the local economy is proof of how practical and comprehensive Deen Dayal Upadhyay's vision was. "...with the mantra of 'vocal for local', the country is realising his vision," the Prime Minister said.

Pay homage to Deendayal Upadhyaya ji on his Punyatithi. A visionary leader, his thoughts and ideals continue to guide us. #SamarpanDiwas

My tribute to our guide, social thinker & an extraordinary human being Pt. Deendayal Upadhyaya Ji on his death anniversary.#SamarpanDiwaspic.twitter.com/VjxyU85klh

Pandit Deendayal Upadhyay became the president of the Jana Sangh in December 1967. He had contested the Lok Sabha election and lost. He died on February 11, the following year.