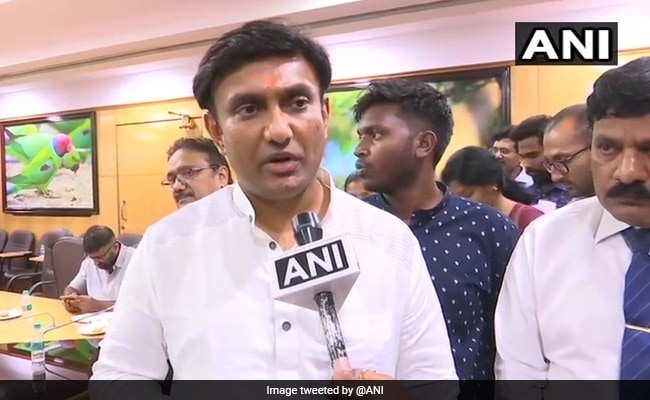 Karnataka, like the entire world, desperately awaits a vaccine against COVID-19. State Health Minister, Dr K Sudhakar, is taking keen interest in the progress being made by scientists and the pharmaceutical world in this direction.

Dr Sudhakar, a medical professional himself, was only recently given charge of the ministry in addition to the medical education portfolio that he was already handling. Today, he met representatives of Cambridge-based drug-maker AstraZeneca to understand the situation.

"I spoke to a couple of people at Oxford University and they asked us to also contact AstraZeneca. So, we had called the country heads and research people from AstraZeneca and asked them to do a PowerPoint presentation," Dr Sudhakar told NDTV, elaborating on the company's trials and plans for India.

Phase trial 1 had been completed quite successfully, and the sample administered deemed "very safe", according to the minister. It was administered on people between 18 and 55 years of age. In trial 2 and 3, he said, they have increased the numbers even in India and administering on those aged between 5 years up to 75-80 years.

"So, they need to study how effectively the antibodies are developed in the body. And they also need to study the cell response. After these studies, the efficacy of this vaccine will be clearly understood," Dr Sudhakar said.

He is hopeful that the vaccine would be available by early 2021.

"That would be the shortest time any vaccine would have been developed in in the history of mankind," he said.

The number of new cases reported daily in Karnataka has been decreasing of late, but the minister stressed there was absolutely no room for complacency.

"Last 12 days, Karnataka has really done very well. It has reduced in (the number of) infections, in case-mortality rate," he said. "But there are festivals, there is the winter season ahead of us. So, I would only request people to become accustomed to a specific Covid behaviour pattern and behave in a responsible way. Covid has reduced, not gone. We should keep that in mind."