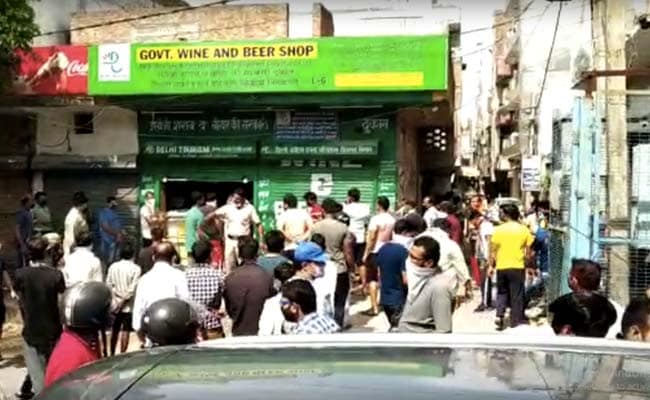 The West Bengal government has allowed standalone liquor shops to reopen from today in green, orange and red zones, but not in containment areas.

Initially, the government guideline allowed shops to stay open from 10 AM till 6 PM, but later the timing was changed from 3 PM to 6 PM.

It also stated that only those customers wearing masks will be given liquor and social distancing norms have to be strictly followed.

There should be a distance of 6 feet between two customers in the queue.

The guideline stated that no more than five customers will be allowed to remain in a shop at one point of time.

Queues are seen in front of several liquor shops in and around Kolkata.