The students requested the Indian embassy to directly contact them so it would be able to know the prevailing situation. 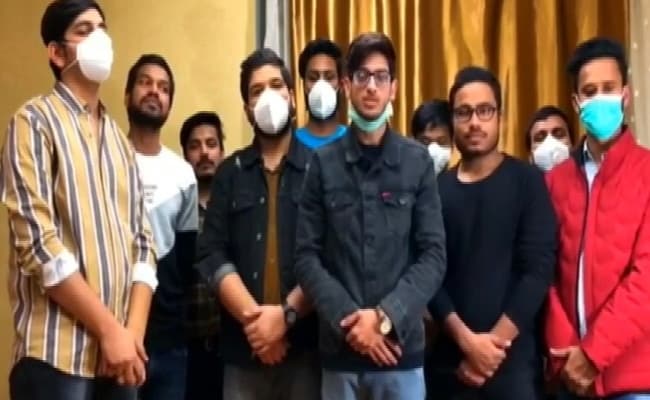 Indian students stranded in various universities of Ukraine have appealed for help and evacuation in the wake of the threat of the spread of coronavirus in the country and said the Indian embassy should contact them directly.

They requested the Indian embassy to directly contact them so it would be able to know the prevailing situation.

A student, who is studying in Dnipropetrovsk State Medical Academy and did not want to reveal his identity, said that there were about 1251 coronavirus cases in 62 days in India and 549 cases in Ukraine in just 30 days.

He said there were several Indian students in the Ukrainian city of Dnipropetrovsk and about 15,000 Indians in the entire country.

"Our families are worried about us in India and we are terrified here. We live in hostels and use public transport," he said, adding that the transport is only available for officials.

"Almost all of us live in hostel and if anyone student gets sick, others will follow," the student said.

He claimed that they were being threatened by their contractors.

"My friends tried to tweet or give an interview on TV. We were threatened by our contractors that we lied and everything is good here," he said.

The student said any student who complains is likely to face more problems.

He said if everyone goes back the contractors will be in serious trouble for not taking care of students and will face legal action and there will be no admission from next year.

The student said that officials of the Indian Embassy had contacted their contractors and did not talk to any of them.

"I request everyone out there to raise voice and help students stranded here. We were going to become doctors and have now been turned into hostages," said the student who did not show his face and was properly covered.

Another student said their quarantine started on March 12 and it is supposed to end on April 3.

"The quarantine period might be extended. We want the Indian government to help us and evacuate us from here as soon as possible."