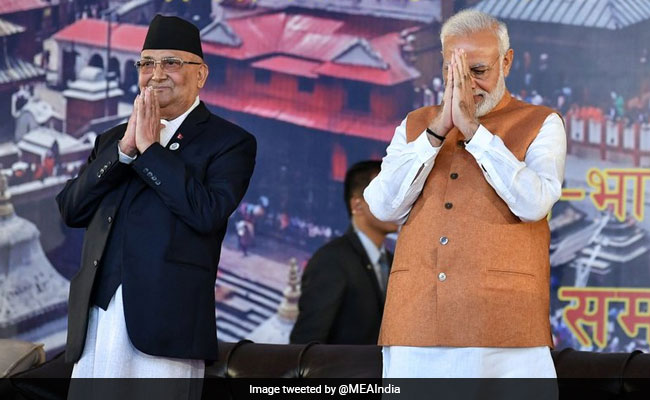 Nepal Prime Minister KP Oli blamed India for the spread of coronavirus cases in his country.

Nepal's Prime Minister K.P. Oli has blamed India for the spread of coronavirus in his country and accused New Delhi of building a road that encroaches on the Himalayan nation's territory, marking a new low in bilateral relations between the traditional allies.

Oli told the Parliament Wednesday his government would "bring back at any cost" the three territories, before blaming India for the spread of coronavirus in his country, NDTV reported, citing a video tweeted by Nepal's government. India has nearly 107,000 confirmed virus cases, while Nepal has 402, according to data from Johns Hopkins University.

This unilateral act is not based on historical facts and evidence, Anurag Srivastava, India's foreign ministry spokesman said in a statement. "We urge the government of Nepal to refrain from such unjustified cartographic assertion and respect India's sovereignty and territorial integrity," the statement added.

The Lipulekh pass is a far western point near Kalapani, a disputed border area between Nepal and India. Both India and Nepal claim Kalapani as part of their territory. India says it is part of Pithoragarh district in the border state of Uttarakhand.

Nepal "learnt with regret about the 'inauguration'" of the new road, according to a May 9 statement on the website of Nepal's embassy in India. The new road was inaugurated by India's defense minister Rajnath Singh on May 8.

India's Chief of the Army Staff, Manoj Mukund Naravane, on Friday suggested that Nepal's objections to the road, which connects to the Line of Actual Control -- the 3,488 kilometer (2,167 mile) disputed border between India and China -- were at "the behest of someone else," without elaborating. Scores of soldiers were injured after clashes between Indian and Chinese troops in the first week of May along the disputed border.

India and Nepal have long been allies, with New Delhi accounting for over two-thirds of Kathmandu's trade. It supplies 100% of the petroleum needs for the landlocked nation.