Collective Decision, How Is Chidambaram At Fault, Says Manmohan Singh

On Monday, Mr Singh and the party's interim chief Sonia Gandhi visited him in Tihar Jail, where he has been staying since September 5. 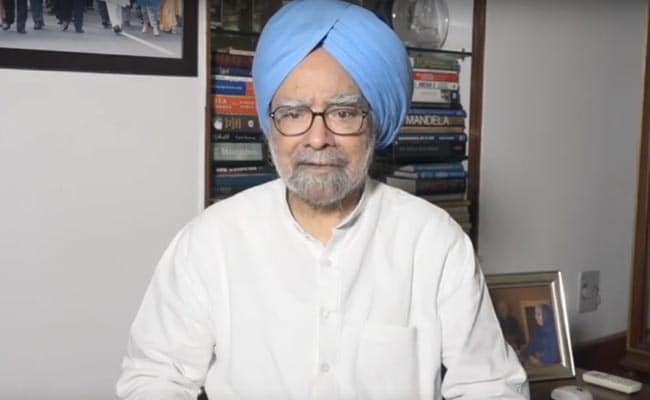 Former Prime Minister Manmohan Singh, who met party colleague P Chidambaram in Tihar jail on Monday, has expressed concern over his continued detention. Mr Chidambaram, who was the finance minister in the UPA government headed by Mr Singh, is being investigated in a corruption case involving foreign funds for television company INX Media.

On Monday, Mr Singh and the party's interim chief Sonia Gandhi visited him in Tihar Jail, where he has been staying since September 5.

"We are concerned with continued detention in custody of our colleague, Shri P. Chidambaram... We are confident, and we sincerely hope, that the courts will render justice in this case," Mr Singh said in a statement this evening.

"In our system of government, no decision can be taken by any single person... all decisions are collective," the statement read.

A dozen officers, including six secretaries to the government, examined and recommended the proposal. Mr Chidambaram, he said, approved the unanimous recommendation.

"If the officers are not at fault, it is beyond our comprehension how the Minister who simply approved the recommendation can be accused of committing an offence. If the Minister is liable for approving a recommendation, the whole system of government will collapse," he said.

Mr Chidambaram had signed off on a huge infusion of foreign funds into the firm as the finance minister in 2007.

The Central Bureau of Investigation has alleged that Mr Chidambaram's son Karti Chidambaram has received kickbacks for facilitating the process.

The INX Media was co-founded by Peter and Indrani Mukerjea, who are currently in jail in the case involving the murder of Indrani;s daughter Sheena Bora. Indrani Mukerjea has turned approver in the case and the investigative agencies are basing their case on her testimony.