42 academicians had written to the National Investigation Agency on Sunday, asking the probe agency to treat the professor with the dignity and respect he deserves. 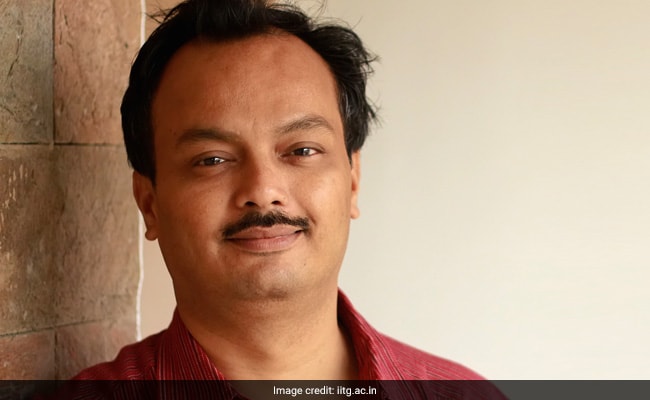 Arupjyoti Saikia's counsel said he has been called in as a "witness" in the case.

IIT Guwahati professor Arupjyoti Saikia was questioned for the second day by the National Investigation Agency today in connection with a case against farmers' rights activist Akhilesh Gogoi and his aides, who have spent over a month in prison on charges of helping Maoists set up a base in Assam under the cover of protests against the Citizenship Amendment Act.

Although the probe agency has been tight-lipped on the reason for summoning 52-year-old Arupjyoti Saikia, who is also an environmental historian of note, his legal counsel claimed that he is only being regarded as a "witness" in the case. "Professor Arupjyoti Saikia was questioned for the second time today. He has cooperated and will continue to do so in the future as well. If he is asked to to come again, he will do it, but as of now, no fresh notice has been received. He was summoned as a witness, and has not been accused in any NIA case as of now," the lawyer, Rahul Sensua, said.

However, concerns have been raised in the light of a statement by Assam minister Himanta Biswa Sarma last month that a "leading academic" was found responsible for inciting violence during protests against the citizenship law in December.

As many as 42 scholars and academicians, including historian Ramachandra Guha, wrote to the probe agency in his support on Sunday. "We, a group of Indian scholars and academics from across the country, write in distress and with concern with regard to the ongoing ordeal of Professor Arupjyoti Saikia. Professor Saikia is one of the country's most distinguished and respected historians. The author most recently of a landmark history of the Brahmaputra River, he has also written significant works on forest and agrarian history," the letter read.

The letter went on to say that the professor is reputed across the country and abroad, and holds a "prestigious fellowship" recognised by Yale University. "That a scholar of such standing, and a human being of such decency, has been called for intensive grilling by the NIA is deeply distressing. We urge that the NIA treat him with the dignity and respect he deserves, and allow him to continue his professional work unimpeded," it added.

Opposition parties, on the other hand, termed it as an attack by the BJP-led central government on those opposed to its ideology. "I am absolutely shocked and dumbfounded by Arupjyoti's ordeal. He is one of our most outstanding historians and his most recent book on the Brahmaputra is a classic. I wholeheartedly endorse the appeal made by these distinguished scholars," Congress leader Jairam Ramesh tweeted, endorsing the statement issued by the scholars.