The 3.30-minute video has one Muslim man assuring another that the Citizenship Amendment Act poses no danger to any Indian citizen. 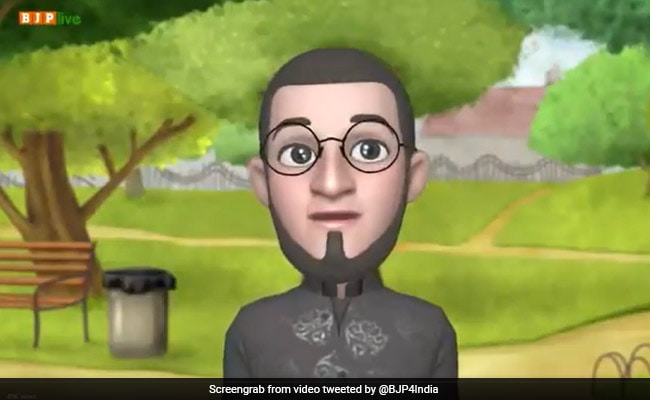 The clarifications provided in the video echoed assurances provided by PM Modi.

With protests against the Citizenship Amendment Act continuing in many parts of the country, the ruling BJP has tweeted out an animated video aimed at dispelling the Muslim community's fears that the law would impact their identity as Indians.

The clip, with a runtime of 3.30 minutes, begins by showing a Muslim man chancing upon another who is headed to a protest march against the controversial law. Then follows a detailed discussion between the two, with the primary character clarifying on various "myths" propagated by opposition parties to undermine the ruling BJP.

Many of the clarifications provided in the clip echoed those given by Prime Minister Narendra Modi at Delhi's Ramlila Maidan on Sunday. The amended law is only meant to provide refuge to persecuted minorities from Bangladesh, Pakistan and Afghanistan, the video maintains, underlining that no Muslim citizen would be affected by it.

The main character in the animated video also seeks to dispel "rumours" that the law would be instrumental in subjugating the Muslim community in coordination with the National Register of Citizens (NRC), claiming that there is no immediate plan to roll out the latter initiative on a nationwide scale. "And even if an NRC is implemented eventually, it will be done in a manner that causes no inconvenience to any citizen," he says.

The second character appears convinced of the BJP's good intentions by the end of the video, admitting that he has been "misled into protesting against the amended law by opposition parties such as the Congress, Aam Aadmi Party, Trinamool Congress, Rashtriya Janata Dal and CPI-M".

The social media clip came even as DMK chief MK Stalin took out a massive protest against the law - which aims to expedite citizenship for non-Muslim migrants from the three neighbouring countries - in Chennai on Monday. The Congress was also scheduled to hold a major protest against it at Delhi's Raj Ghat in coordination with student groups later in the day.

PM Modi's claim at Sunday's rally that "there has been no talk of a nationwide NRC" ever since he took over in 2014 was severely criticised by opposition parties, with many pointing out that Union Home Minister Amit Shah had announced its implementation in a number of forums over the last few months. The Congress also countered his remark that there were "no detention centres" in India by citing media reports, including one that quoted Union Minister Nityanand Rai as saying that 28 illegal migrants had died in detention centres across Assam.

The Citizenship Amendment Act makes religion a criterion for granting Indian citizenship for the first time in the country's history.