China Moved 200 Trucks, Bulldozers Near LAC In A Week: Explainer In Pics

Satellite images accessed by NDTV explain the extent of the build-up by the Chinese between June 9 and June 16.

Twenty Indian soldiers lost their lives in a clash with Chinese forces in Ladakh this week.

In one week, the Chinese People's Liberation Army moved more than 200 trucks, four-wheel drive vehicles, bulldozers and Earth-moving equipment into the Galwan region. Satellite images accessed by NDTV explain the extent of the build-up by the Chinese between June 9 and June 16. In addition to vehicle movement and the shifting of accommodation, the images show two key areas of concern - debris at the likely site of the clash between Indian and Chinese soldiers on June 15 a day before the most recent satellite images were taken and a new angle on the imagery to reinforce the point made by NDTV earlier that China was looking to disturb the flow of the Galwan River and perhaps even obstruct it. 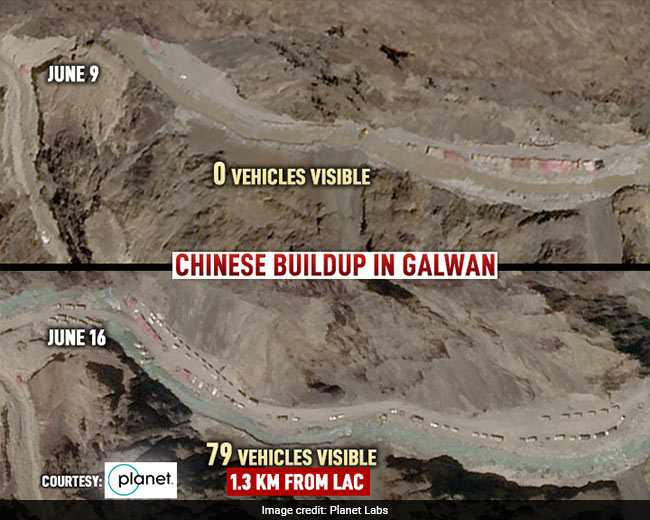 Satellite images of June 9 show no Chinese vehicles present near the Line of Actual Control in the Galwan region. A week later, there are at least 79 vehicles here, mostly trucks. This is 1.3 km from the LAC. 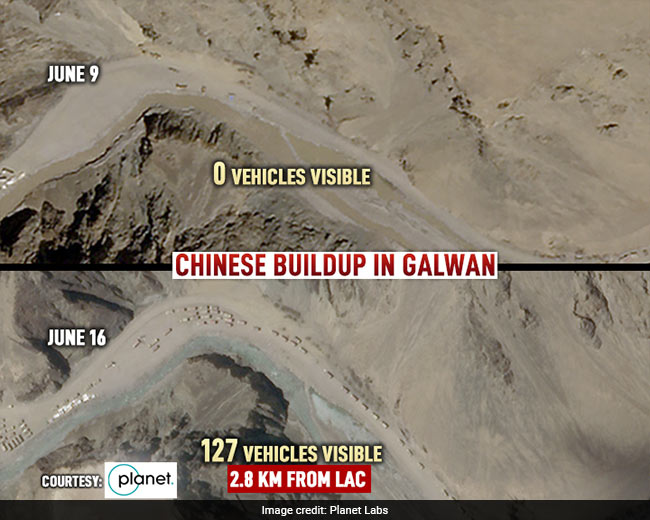 Further down the track (on the Chinese side), there are as many as 127 vehicles including trucks, off-road vehicles and earth moving equipment visible on June 16. On June 9, none of these vehicles were present at this site or within 6 kilometres of the Line of Actual Control in this area. 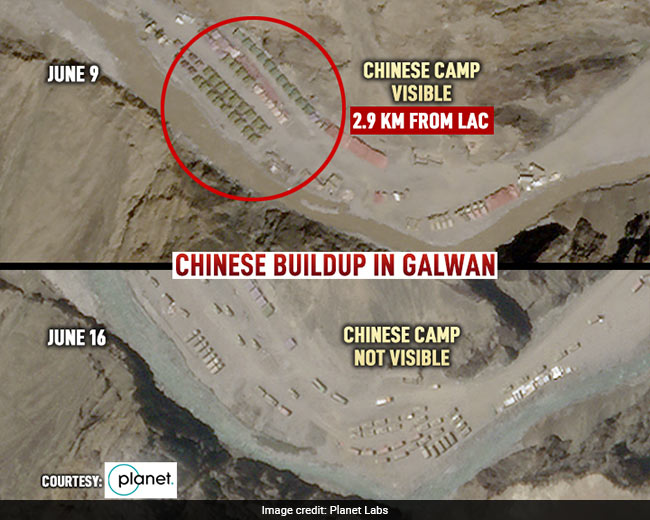 Between June 9 and June 16, a sizeable number of Chinese tents and prefabricated shelters appear to have been removed within 6 km of the LAC. A site with close to 50 tents/huts which was located 2.9 km from the LAC has barely a handful of these structures remaining a week later. 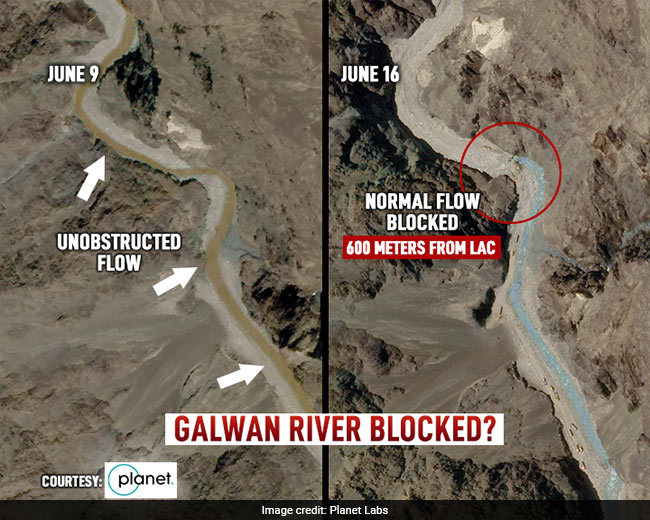 On June 9, the flow of the Galwan River on the Chinese side of the Line of Actual Control appears unimpeded. It is brown in colour indicating the possibility of construction along the river bank upstream on the Chinese side. (The colour of the brown water shown here has been enhanced slightly to make this more more visible to our readers.) 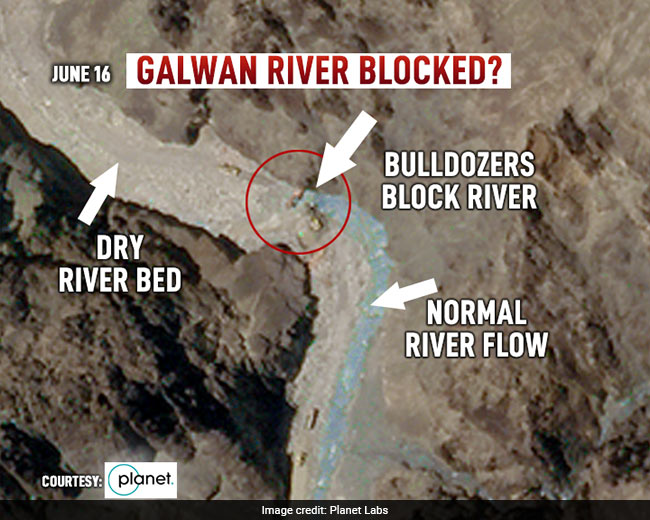 A close-up image of Chinese bulldozers blocking the flow of the Galwan River in this area. Ahead of the bulldozers, the river bed appears dry just short of the Line of Actual Control, across which is territory held by India. (The colour of the blue stream has been enhanced slightly to make this point more visible to our readers). 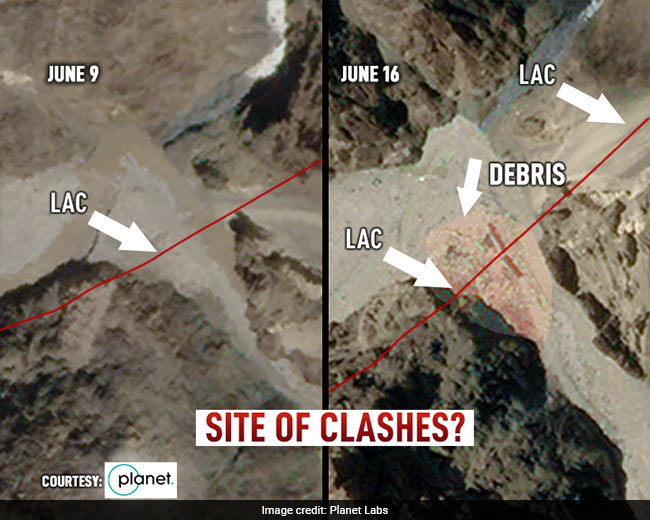 Possible site of the clash between Indian and Chinese soldiers near Patrol Point 14, near the LAC. On June 16, a day after the clashes in which 20 Indian soldiers were killed in action, there is clear debris visible. On June 9, this was absent. (The image of the debris has been enhanced to make this more visible to our readers)