Tibetan Parliament in Exile expressed fears over the ecological balance of the TAR region being in peril due to mining and dam building activities that have far reaching consequences not only for India but for the entire region. 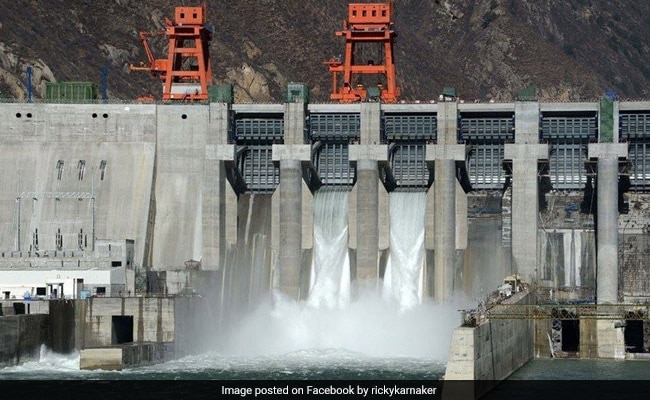 Members of the Tibetan Parliament in Exile are visiting Mumbai to create awareness about the environmental degradation in Tibet due to China's activities in the Tibet Autonomous Region (TAR) or the Tibetan Plateau.

Speaking at an event in Mumbai, Youdon Aukatsang, and Member of the Tibetan Parliament in Exile expressed fears over the ecological balance of the region being in peril due to mining and dam building activities that have far reaching consequences not only for India but for the entire region.

Over the last few years, in an effort to bring around change in the demographics of Tibet, China has embarked on an economic activity spree, which not only includes building roads, railways and mixed settlements but also mining and dam building to control water resources. Ms Aukatsang told NDTV that she had information that protests against these activities are being muzzled by the Chinese government.

India, as a riparian state, has expressed concerns to China repeatedly about various dams being built by China in the Tibet Autonomous Region (TAR) on the Brahmaputra River, which is known in China as Yarlung Tsangpo. The Zangmu dam over the Brahmaputra, which has been partly operational since 2014, has raised serious concerns in India as more such dams are being planned or constructed by China on the trans-border river in Tibet.

"Most of our sources of information are primary sources of Tibetans living inside Tibet. Since 2008 we have had very few Tibetans escaping Tibet. Now every year we have maybe about 300 or 400 but before 2008 we used to have almost 3000 people escaping every year," Ms Aukatsang said.

She also said the people in Tibet are their primary source of information. From them, the Parliament has come to know that there is a lot of population transfer which is the whole policy is of sinicization of the Tibetan plateau.

Ms Aukatsang claimed that China wants to make Tibetan people as Chinese as possible assimilate them into their culture and destroy the Tibetan environment to their own advantage to their short term vision of kind of developing china so they are doing that.

China has said the projects are scientifically planned to ensure that there is no impact on water flows to downstream while asserting what it calls "just and legitimate" right over the water resources originating in Tibet.

Speaking about the long term impact these mining and dam building projects will have on India, Ms Aukatsang told NDTV, "Unfortunately, we being a government in exile we do not have recognition legally but we tend to attend all the COP 12, COP 21, Paris conference on climate change. We go to all these conferences but we are also present at parallel NGO conferences where we create awareness on how what is happening inside Tibet is very important to take note of. We have a Tibet third pole campaign that is done by the International Tibet Support Group and also we do work on climate change issues."