The Aam Aadmi Party leader claimed that due to fear of losing the Katargam constituency, BJP goons threw stones at the party's election meeting today 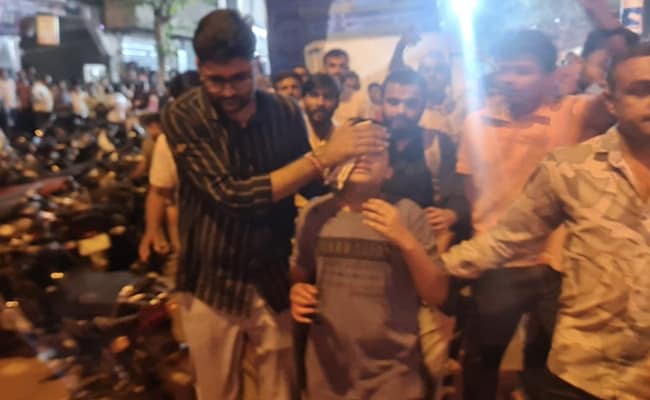 The chief of the Gujarat unit of Aam Aadmi Party (AAP) today blamed ruling BJP for an alleged incident of stone throwing during an AAP election meeting in Surat.

Gopal Italia, AAP's Gujarat convenor, alleged that a child was injured when stones were thrown while an AAP meeting was in progress in the Katargam constituency.

Taking to Twitter, Mr Italia wrote: "Due to the fear of losing the Katargam Assembly elections, BJP goons pelted stones at my public meeting today, in which a small child got injured."

He said if the BJP had done at least some work during its 27-year reign in the state, then they would not have had to throw stones at an AAP meeting.

In an obvious reference to the AAP electoral symbol, the tweet further said: "The public will answer BJP's stone pelters with a broom."

For the last several months, BJP and AAP have been sparring over a lion's share of votes in a state that has had a BJP government for close to three decades.

Elections are scheduled to be held in Gujarat on December 1 and 5. Votes will be counted on December 8.