In Its Defense Of Cattle Trade Ban, Centre Offers Openings For Critics

The committee that handled the Supreme Court guidelines did not directly ask for a ban on sale for slaughter of cattle at livestock markets. 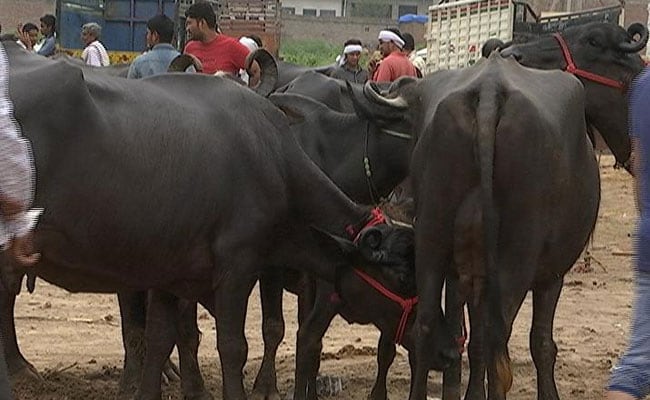 The Supreme Court had asked for guidelines to prevent cattle smuggling to Nepal for slaughter.

New Delhi: With a series of states and meat exporters warning that they will legally challenge the new ban on the sale of cattle for slaughter, the centre is struggling to offer a convincing explanation for its controversial order.

States like Bengal and Kerala have pointed out that they have the right to frame their own laws on animal slaughter; in anticipation of that, the centre used animal cruelty rules, which can be enforced nationally, to decree that animal markets will only be able to trade cattle for agricultural purposes such as ploughing and dairy production.

Critics point out that if the issue is indeed of animal cruelty, the ban should apply not just to cattle - buffalos, camels and cows are included- but to other species like chickens and goats.

Protests including "beef fests" in states like Kerala have been held against the new decision; the Madras High Court today ordered the ban suspended for a month.

In a clarification issued five days after the ban, the Ministry of Environment and Forests, which ordered the ban, has referred to a Supreme Court order, based on a petition by Gauri Maulekhi, an animal rights activist.

The top court in 2015 asked for guidelines to be framed by a panel of multiple stakeholders including the government and NGOs to prevent cattle from being smuggled into Nepal for slaughter at a religious festival.

But the committee that handled the guidelines did not directly ask for a ban on sale for slaughter of cattle at livestock markets.

"Rules may be framed to regulate cattle markets ensuring that healthy cattle are being sold only for legally authorized purposes," the panel recommended.

This appears to have been interpreted by the centre to order a ban on sale for slaughter at animal markets, even though slaughter is a "legally authorised purpose."

Ms Maulekhi, who heads People For Animals, the NGO founded by Union Minister Maneka Gandhi, told NDTV that another basis of the ban was a report from last month of a Parliamentary Committee of Home Affairs headed by Congress leader P Chidambaram.

But the report, dated April 2017, refers in its 51 pages to 'cattle markets' only in one paragraph - specifically with the smuggling of cattle from West Bengal into Bangladesh. It notes that this is a persistent problem, and recommends that the West Bengal government close down illegal cattle haats (markets) operating near the porous border with Bangladesh.

It appears unclear how these findings could be interpreted to justify a nationwide ban on sale for slaughter of cattle in animal markets.

India is the world's second-largest exporter of beef, most of which comes from water buffalo.  Meat traders plan to petition the Supreme Court in the next couple of days to get the government order rescinded. They say the ban threatens the country's $4 billion in annual beef exports and millions of jobs.

Critics also say that the ban will embolden cow vigilantes at a time when they have taken to frequent attacks on slaughterhouses and cattle traders.
Comments
Slaughter BanCattle Trade Rules