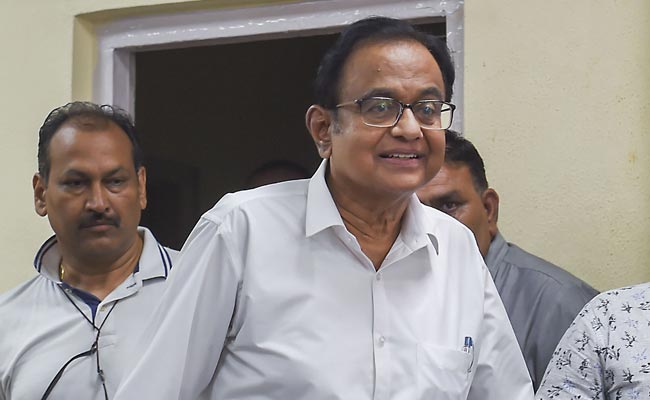 P Chidambaram has been placed in CBI custody in connection with the case.

The CBI has contacted five countries for information on shell companies and bank accounts to identify the manner in which kickbacks were allegedly routed in the INX Media case over ten years ago, sources said. Former Union Minister P Chidambaram and his son, Karti, are among those accused in the alleged scam involving jailed media baron Indrani Mukerjea's firm.

According to sources, letters rogatory have been sent to the United Kingdom, Bermuda, Switzerland, Mauritius and Singapore. This development comes at a time when Mr Chidambaram has been taken into CBI custody for questioning on his alleged role in helping INX Media gain access to foreign funds amounting to Rs 305 crore under the Manmohan Singh-led UPA government in 2007.

A letter rogatory is defined as a formal request from a foreign court for any kind of judicial assistance. This route has been adopted on several occasions in the past, including a case of financial fraud involving fugitive businessman Vijay Mallya.

The CBI had alleged "monumental" money laundering in the INX Media case even today, while objecting to a petition filed in the Supreme Court to seek interim protection from arrest for Mr Chidambaram. Solicitor General Tushar Mehta, who was representing the CBI and the Enforcement Directorate in the top court, maintained that custodial interrogation of Mr Chidambaram was sorely needed to unravel transactions allegedly made through shell companies in the case.

"I am saying with a sense of responsibility that this is a case of money laundering of a monumental magnitude," he said.

Mr Mehta also claimed that the Enforcement Directorate has collected innumerable pieces of evidence to prove that the accused bought properties both in India and abroad. His claims led to a heated argument between the prosecution and defence counsel, comprising senior advocates Kapil Sibal and Abhishek Manu Singhvi.

The Supreme Court eventually granted interim protection from arrest to Mr Chidambaram in the case, and posted the next hearing for Monday. The Congress leader, however, will remain in CBI custody until then due to the top court's refusal to interfere with an order delivered in this regard by a special CBI court yesterday.

Mr Chidambaram was arrested by the CBI amid high drama on Wednesday, a day after the Delhi High Court refused to grant him anticipatory bail in the INX Media case.