The godowns raided include those of Punjab Grains Procurement Corporation, Punjab Warehousing, and a few of the Food Corporation of India. 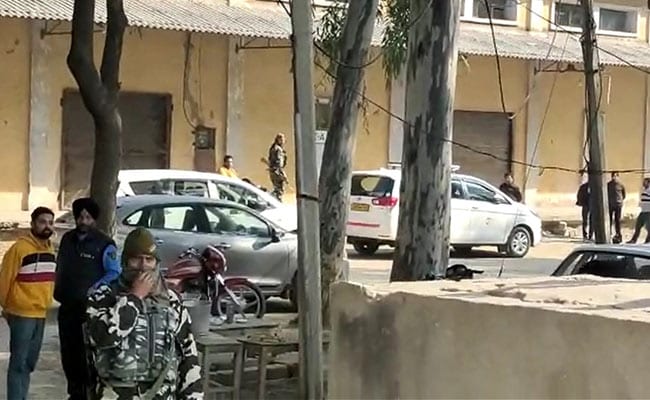 A Food Corporation of India godown being raided by the CBI on Friday.

Amid the ongoing agitation by farmers, mostly from Punjab and Haryana, the Central government has launched raids on some 45 warehouses in the two states, seizing samples of rice and wheat stocks. The Central Bureau of Investigation's (CBI) search operation has been on since last night and are being carried out with help of paramilitary forces, sources said.

The godowns being raided include those belonging to the Punjab Grains Procurement Corporation (PUNGRAIN), Punjab Warehousing, and a few of the Food Corporation of India (FCI).

Premised raided in Punjab include nine godowns in Ludhiana, one each in Mansa and Kapurthala. Those searched in Haryana include facilities in Shahbad and Sirsa, according to the CBI statement.

At FCI's Mansa godown, sources said, the stockists had sourced paddy from UP and Bihar to pass on the Centre, while at the same time selling good quality food grain in the open market. The CBI is probing the involvement of FCI officials in the racket that has led to supply of substandard rice being distributed at a large scale.

Piyush Goyal, Union Minister for Consumer Affairs and Food and Public Distribution, had recently said in an interview that the government will soon be doing quality checks of procured grains. The CBI had carried out similar raids a few years ago, too. The agency must be acting on a complaint, sources said.

The raids come amid a worsening of the face-off between the farmers, mostly from Punjab, Haryana, and Uttar Pradesh, and the Central government, particularly after the violence on Republic Day. Thousands of farmers have been at loggerheads with the Centre over the new agricultural laws passed by Parliament last September.

Eighteen opposition parties, including the AAP and the BSP, have decided to boycott President Ram Nath Kovind's address to the both Houses of Parliament, flagging off the Budget session. They are protesting the Centre's handling of the farmer agitation and have expressed support for those protesting against the new laws.

The farmers have said the violence on Republic Day was the result of a conspiracy to malign them. The government, they said, was trying to "break" their peaceful protest. Bharatiya Kisan Union leader Rakesh Tikait has demanded a judicial inquiry into the events at the Red Fort. The Delhi police have filed more than 25 cases over Tuesday's violence, while 19 people have been arrested.