Mr Kamboj said the case was a "mistake" and that he had paid Rs. 30 crore as dues towards one-time settlement of the loan for which he was issued a certificate. The bank has said there were discrepancies in documents submitted for the settlement. Role of some bank officials is also being probed. 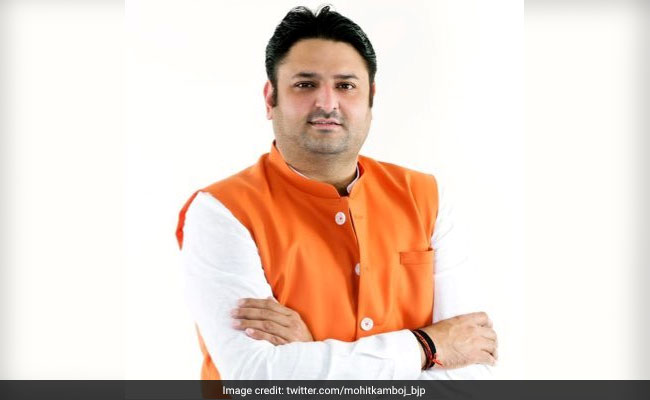 Mohit Kamboj, who has changed his last name to Bhartiya, is the general secretary of BJP Mumbai Unit.

The Central Bureau of Investigation (CBI) has registered a case of bank fraud against Bharatiya Janata Party leader Mohit Kamboj, alias Mohit Bharatiya, and four others for allegedly defrauding the state-run Bank of India to the tune of Rs. 67 crore.

Though Mr Kamboj has denied the charges claiming that a one-time settlement of Rs. 30 crore against the dues was reached in 2018, the bank alleged that the settlement resulted in loss and pointed at discrepancies in the source of funds submitted.

The role of some bank officials is also under the scanner in the matter, sources in the investigation agency said.

Mr Kamboj, who has changed his last name to Bhartiya, is the Managing Director and Guarantor of M/s Avyaan Overseas Pvt Ltd, which had taken a loan of Rs. 60 crore from the Bank of India in 2013.

In March 2015, the company's account was declared a Non-Performed Asset - a tag given to companies after prolonged period of non-payment of loans.

"An internal investigation by the bank revealed that the company indulged in diversion of funds for purchase of a flat in the name of one of the directors through payments to undisclosed parties," the bank has stated in its complaint to the CBI.

The bank has also alleged that the company has not filed its financial statements since 2014.

According to the bank, many of its directors resigned after the company account was tagged NPA. Among those who resigned were Mr Kamboj, who exited on May 27, 2015, Abhishek Kapoor in 2013, Naresh Kapoor in 2014 and Jitendra Kapoor in 2016.

"The company, its promoters and directors have committed criminal offence with dishonest intention to defraud the bank and misappropriated public funds to put the bank in loss. The wrongful act committed by the accused has caused the bank to suffer a wrongful loss to the tune of more than Rs. 67.22 crore," the Bank of India has alleged.

Responding to the allegations, Mr Kamboj, who is the general secretary of the Bharatiya Janata Party's Mumbai Unit, told NDTV, "Compromise in the above loan account was done in 2018 by paying Rs. 30 crore as one-time settlement of dues. I also received no-dues certificate from the Bank of India in March 2019. I don't know why the bank has gone ahead with this complaint after two-and-a-half years of clearing all dues; they have made a mistake. Nevertheless, I will cooperate with the CBI probe. I trust them fully."

The bank has stated that the settlement resulted in loss to the bank.

"The memorandum, with several omissions, was put up before the external settlement advisory committee...the source of funds for meeting OTS obligation was not discussed in it... Thus, there is major discrepancy by way of suppression of irregularity in group accounts while putting up for one-time settlement," the bank has stated.