In its FIR filed on Saturday, the Central Bureau of Investigation (CBI) named its Inspector VS Rathore and Assistant Sub-Inspector Sunil Dutt. 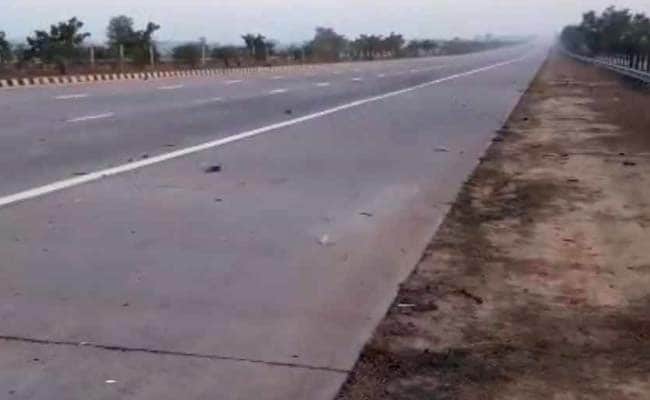 According to the FIR, both the officers are indulged in "illegal and corrupt practice"(Representational)

The CBI has filed a case against two of its officials, a district administration employee of the Uttar Pradesh government and some unidentified state police personnel for their alleged involvement in "illegal and corrupt practice" for settling Yamuna Express Industrial Development Authority (YEIDA) land scam case.

In its FIR filed on Saturday, the Central Bureau of Investigation (CBI) named its Inspector VS Rathore and Assistant Sub-Inspector Sunil Dutt. Mr Rathore is posted in the central probe agency's anti-corruption branch in Uttar Pradeh's Ghaziabad district on deputation from state police while Mr Dutt is employed with the CBI academy Ghaziabad.

Besides them, Ranveer Singh, who is posted as Tehsildar in Uttar Pradesh's administration and a suspect in YEIDA land scam case, has been named in the FIR. The YEIDA case is learnt to be under process of transfer to the CBI by the Uttar Pradesh government.

According to the FIR, both the CBI officers are indulged in "illegal and corrupt practice".

Mr Singh, in connivance with Mr Rathore, Mr Dutt, unidentified officials of Uttar Pradesh police and other persons, is accused of indulging in YEIDA cases in order to obtain undue relief for himself and other suspects from police.

He is accused of paying a bribe of Rs 10 lakh to Mr Rathore and Mr Dutt on January 31 to manage the investigation of the case with the help of state police.

Both the CBI officials demanded Rs 25 lakh as bribe from Mr Singh to settle his case, and the deal was finalised in Rs 20 lakh, said the FIR.