Captain Vikram Batra, sacrificed his life fighting enemy forces during the Kargil War in 1999, at the age of 24. He was given the highest wartime gallantry award Param Vir Chakra posthumously. 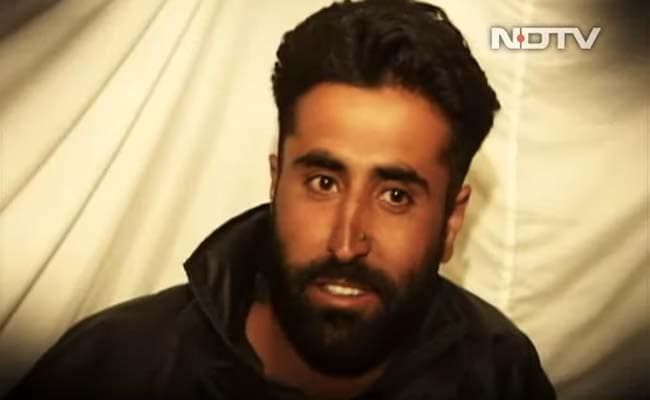 India remembers Captain Vikram Batra, the Kargil War hero, on his 21st death anniversary. Captain Vikram Batra sacrificed his life fighting Pakistani forces during the Kargil War in 1999, at the age of 24. He was given the highest wartime gallantry award Param Vir Chakra posthumously. Captain Batra became the face of the Indian soldier at Kargil, whose words reverberate even today - 'Yeh Dil Maange More..' The soldier took the advertising slogan and elevated it to a motto for life.

Kargil was a long drawn out battle, a tenacious combat that was a fight to the finish. As the whole nation waited with bated breath, the Indian flag firmly fluttered over Tiger Hills on the morning of July 4, 1999 and all of India celebrated. Operation Vijay was successful.

Captain Vikram Batra's most difficult mission was the capture of crucial peak - Point 4875. Even after that the enemy continued to fire from a position north of the point. He is often called the 'Sher Shah' whose valiant efforts paved the way for India's victory in the Kargil War. Despite having high fever and fatigue, Captain Vikram Batra volunteered to head a party to the battlefront.

Due to his exemplary feat, Captain Vikram Batra was awarded with many titles. He was also fondly called the 'Tiger of Drass', the 'Lion of Kargil', the 'Kargil Hero'. His bravery and determination had set a standard for everyone fighting the war.

On 7 July, the mission was almost over, when Captain Vikram Batra ran out of his bunker to rescue another officer, Lt. Naveen Anaberu, whose legs had been severely injured in an explosion. As he was trying to save his colleague an enemy bullet hit him in his chest.

His words fired up the imagination & Josh of an entire generation, infact the whole nation.

"Soldiers never die. They only give their life so that we can live...," Union Minister Jitendra Singh said in his tribute to Captain Vikram Batra.

Soldiers never die. They only give their life so that we can live. #21YearsofKargil#MushkohDay , when exemplary bravery of Capt #VikramBatra , PVC(P) & Rfn Sanjay Kumar, PVC facilitated the capture of Pt 4875. #IndianArmy@adgpipic.twitter.com/fNDKrbhvE0

Captain Vikram Batra's father, GL Batra chronicled his son's life in the book, 'Param Vir Vikram Batra, the Sher Shah of Kargil'. Recalling a visit to Kargil in 2002, Mr Batra wrote, "The journey would not have been complete without touching the soil where Vikram laid down his life. It was an overwhelming gesture when the corps commander gifted us with two glasses filled with the soil of Point 4875 and Tololing. For us, it was nothing less than visiting a pilgrimage site."