Nirmala Sitharaman said the Congress was moving from one point to another after being unable to prove anything and hoping that something would stick to the BJP-led government. 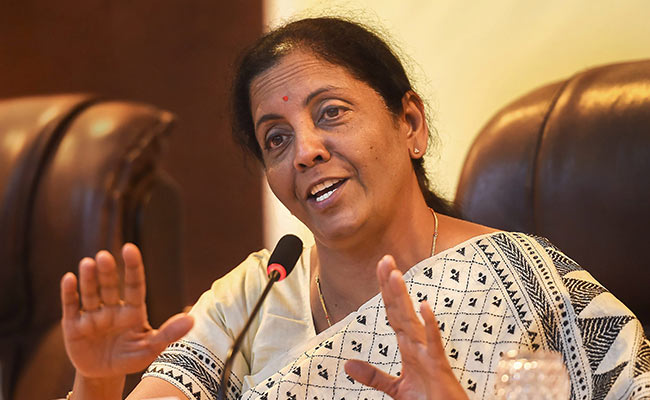 Dassault, the Original Equipment Manufacturer (OEM) in the Rafale fighter jet deal, is obliged to share details of the offset partners under contract with India, but has a year's time to do so, she said.

"Just because my Opposition wanted to know it (offset partner details) yesterday, I cannot put pressure on my OEM saying the Opposition wants it now, give it now.

"By rule, they can tell me even next year," the minister said at the annual ET Awards.

"I am waiting for it. Once I come to know, I will tell you. Before that, why should I speculate based on news reports?" she said.

Ms Sitharaman explained that as part of the Rs 58,000 crore deal, the French firm has to give details of the offsets of over 30 per cent of the total contract value, and the Indian government has the right to know the same before giving it the required credits for the same.

She said the Congress, which had alleged a scam in the deal, was moving from one point to another after being unable to prove anything and hoping that something would stick to the BJP-led government.

The Congress first alleged the deal was signed to benefit an offset partner with a malafide intention and is now questioning the "haste" shown by the prime minister in concluding the contract, the BJP leader said.

The Centre and the Reliance group have repeatedly denied any irregularities or favouritism in the deal, under which the country is buying 36 Rafale jets in fly-away condition.

Last week, the Centre told the Supreme Court that as per the Defence Offset Guidelines, the OEM was free to select its Indian Offset Partners (IOPs) for implementing the offset obligation in the deal.

"There isn't anything wrong with the procedure, with the methodology, with the price, with the technical details, with the list of ammunition...so they (Congress) do not know how far they have to go on with it hoping that something will stick on to us," the defence minister said.

Ms Sitharaman asserted that the Rafale controversy will not be able to blemish the Centre's record on corruption and added that it had achieved feats like making defence acquisitions middlemen-free.

"For a party which has never had that kind of approach for governance with transparency, they think they probably will definitely be lucky to get something sticking on to us," she said in an apparent dig at the Congress.The minister also said that her ministry had been able to increase the 'Make in India' component for purchases.

She said a proposal was on the anvil to induct women into institutions like the National Defence Academy and the Indian Military Academy, but it will take long for posting women in border areas.

"Not All Decisions" Can Be Taken Virtually: BJP On Maharashtra Floods