Nandita Das said people did not want another partition to happen and are now finding their voice to speak against the current "climate of fear". 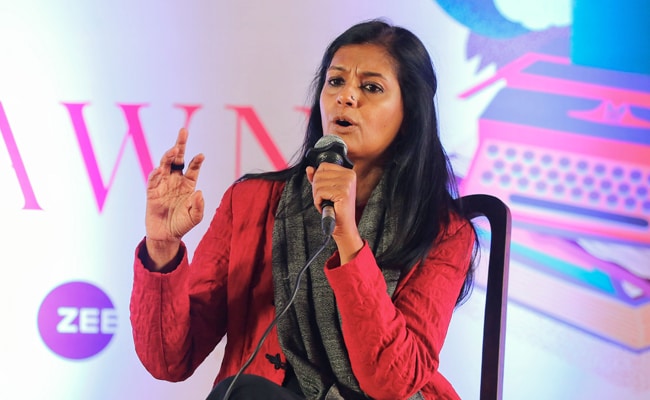 Nandita Das said protests expose people to many realities and offer a sense of solidarity.

The wonderful students and women who have taken to the streets against the "very divisive" Citizenship Amendment Act (CAA) and the National Register of Citizens (NRC) are giving us courage to speak up, actor-director Nandita Das has said, asserting that protests are important as they expose people to many realities.

The "Manto" director said people did not want another partition to happen and are now finding their voice to speak against the current "climate of fear".

"All these wonderful students and women, the many Shaheen Baghs springing up around the country, they are giving us a lot of courage to speak up. It is important to come out sometimes on the streets not just to expand the protests but for your own conscience. Sometimes, we need these reminders and reaffirmations that we are not alone," she said.

"There are ways in which they threaten you. They want us to be scared and we have to overcome that. I always feel that if you focus on your convictions, the courage will automatically follow. We don't need to seek courage. Just as fear begets fear, courage also begets courage," she said.

Terming the Citizenship Amendment Act (CAA) and the National Register (NRC) as "very divisive", the 50-year-old actor, who has acted in over 40 feature films in ten different languages and won many accolades, said protests expose people to many realities and offer a sense of solidarity.

According to the CAA, members of Hindu, Sikh, Buddhist, Jain, Parsi and Christian communities who have come from Pakistan, Bangladesh and Afghanistan till December 31, 2014 following religious persecution there will get Indian citizenship.

The CAA, enacted by Parliament, has caused countrywide anguish and social unrest with widespread protests all over the country.

Ms Das also said the reason she made a movie on Pakistani short story writer and playwright Saadat Hasan Manto was because she wanted people to respond to what was happening today.

"And, more and more people are speaking up. They don't want another Partition to happen. If Manto were alive today, he would have said have you learned nothing from the past," she said.

Ms Das was speaking at the 13th edition of the Jaipur Literature Festival. She also launched her book on the author titled "Manto and I" and spoke about the censorship in movies.

"The most dangerous is when you start censoring yourself. Because of the climate of fear, you feel I better not speak up because you don't know what will happen, you make your family vulnerable," she said.