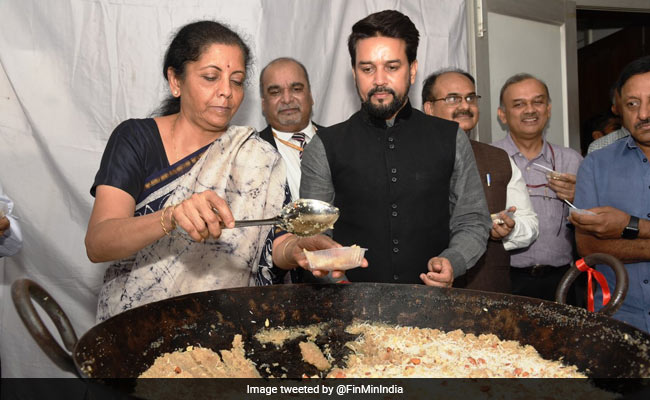 Union Finance Minister Nirmala Sitharaman presided over a "Halwa Ceremony" at the ministry's office in New Delhi on Saturday. The tradition marks the beginning of the printing of documents for the union budget, set to be presented this year on July 5. It will be Ms Sitharaman's first budget after taking charge as Finance Minister earlier this month following a landslide win in the national elections for Prime Minister Narendra Modi.

As part of the ritual, halwa - a dessert popular in the subcontinent made from varying flours, sugar and ghee - is prepared in a giant kadhai or wok and served to the entire staff in the ministry. Union Minister of State for Finance and Corporate Affairs, Anurag Thakur and top officers of the Finance Ministry attended the ceremony. 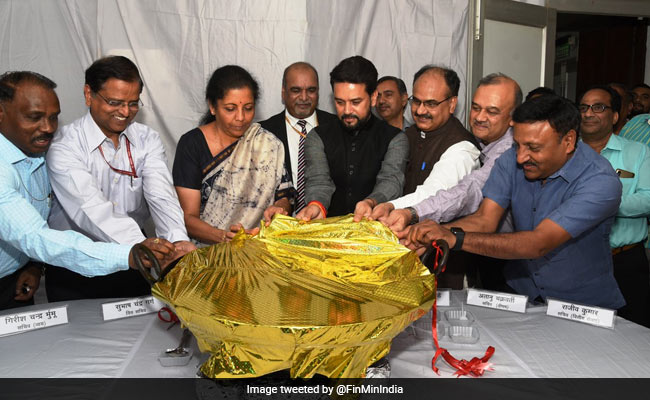 The halwa ceremony is celebrated in the Finance Ministry before the Union Budget.

The Halwa Ceremony also marks the beginning of a "lock-in" of officials involved in making the budget, designed to maintain its secrecy. These officers and support staff, housed in the north block of central secretariat, are allowed to go back to their families only after the budget is presented in the parliament. They are not even allowed to contact their relatives through phone or email. Only very senior officials in the finance ministry are permitted to go home.

The BJP-led National Democratic Alliance (NDA) government will unveil the budget for the financial year ending March 2020 on July 5. On February 1, the government had presented an Interim budget for spending till the new government took charge after the general elections.