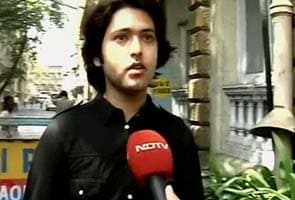 Mumbai: The Bombay High Court will today hear the plea by a 21-year-old college student from Guwahati who has alleged that his family stalled his sex-change operation scheduled for this month. Bidhan Barua says that his parents had threatened the doctors at the Saifee Hospital, who have now refused to operate upon him until they get a go-ahead from the court. He wants the court to restrain his parents so that he can undergo the operation and become a woman.

His father says the surgery cannot be treated as "a personal decision" and that the 21-year-old must get the consent of his entire family, including his grand-parents and his uncles. "I gave birth to a son, not a eunuch," said his father to NDTV.

Bidhan has acknowledged that at a very young age, he realised that he enjoyed dressing up as a girl and that embarrassed his family members who abused him and often beat him up. After he finished high school, he began working odd jobs to save up money for the operation that he believed would free him from a life and identity that he didn't feel comfortable with. He then ran away from home to Mumbai to undergo his operation.

In Guwahati, Bidhan's father, who works as a cook, said he is concerned about his son and wants him to be happy but cannot understand or accept his insistence on becoming a woman. "I feel ashamed that he wants to change his sex," said Supti Ranjan Barua to NDTV. "If he changes his gender, I will not be able to bear the humiliation," he pleaded.

Promoted
Listen to the latest songs, only on JioSaavn.com
But the matter for Bidhan is not just about his sex change surgery. It is about being with his beloved. "I want to be with my fiance and he has accepted me as I am. That's what finally pushed me into taking this decision."

Psychiatrist Dr Yusuf Matcheswala has examined Bidhan and says he is ready to undergo the surgery. "It's a complex issue. The parents must be counseled as it is always not easy to accept such decisions. There could be serious dangers if the decision of the child is not accepted. Ultimately he only wants to be happy," explained Dr Matcheswala.