Lok Sabha Elections 2019: Gautam Gambhir replaced Maheish Girri as the BJP candidate from East Delhi, lining up a clash with Arvinder Singh Lovely of the Congress and Atishi. 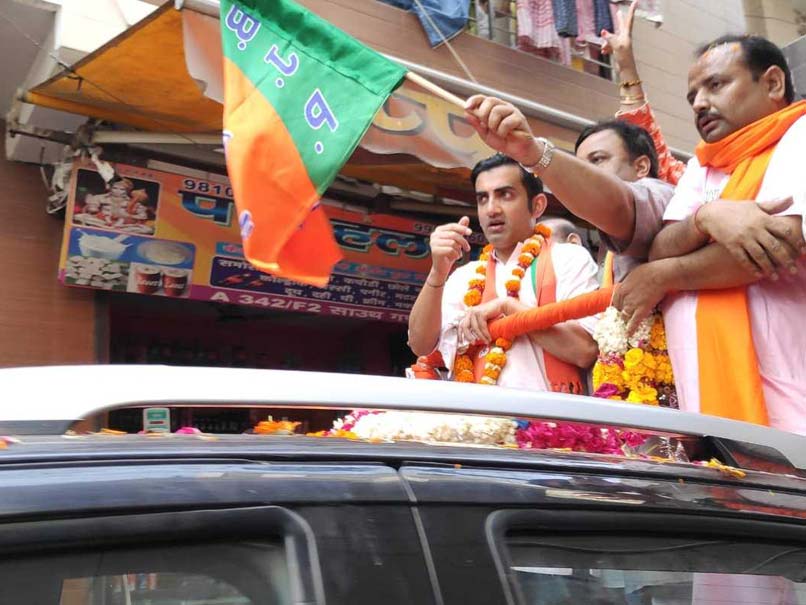 Gautam Gambhir - a supporter of the BJP government's policies - was welcomed in the party by senior leader Arun Jaitley last month.

Mr Gambhir has replaced Maheish Girri as the BJP candidate from East Delhi, lining up a clash with Arvinder Singh Lovely of the Congress and AAP's star candidate Atishi.

Taking a dig at the 37-year-old former cricketer, Atishi tweeted, saying "First, Discrepancies in nomination papers. Then, Criminal offence of having 2 voter IDs. Now, FIR for illegal rally. My question to @GautamGambhir:  When you don't know the rules, why play the game? (sic)"

In a petition filed on Thursday, Atishi has alleged that Gautam Gambhir had provided false information in his nomination papers. Atishi claimed that Gautam Gambhir is a registered voter in Delhi's Karol Bagh as well as Rajinder Nagar, both of which fall under the Central Delhi parliamentary seat. The court will hear the case on May 1.

The former cricketer is one of the richest candidates in Delhi, with an annual income of over Rs 12 crore. A veteran of 58 Tests and 147 one-day internationals, Gautam Gambhir was a key member of the Indian teams that won the T20 World Cup in 2007 and the One-Day International World Cup in 2011.

A vocal ambassador of the party on Twitter, his social media posts with strong comments on contemporary politics and incidents had inspired talk about his diving into politics.

Since joining the BJP he has fought pitched battles with Kashmiri politicians Mehbooba Mufti and Omar Abdullah, former Chief Ministers of the state.

East Delhi, along with six other seats in the capital, will vote on May 12. Results will be counted on May 23.