BJP In Internal Survey Gives Itself 42 Seats In Maharashtra, But With Sena Help

A senior BJP minister, requesting anonymity, said the two parties are expected to win 42 out of the 48 Lok Sabha seats in Maharashtra if they fight together. 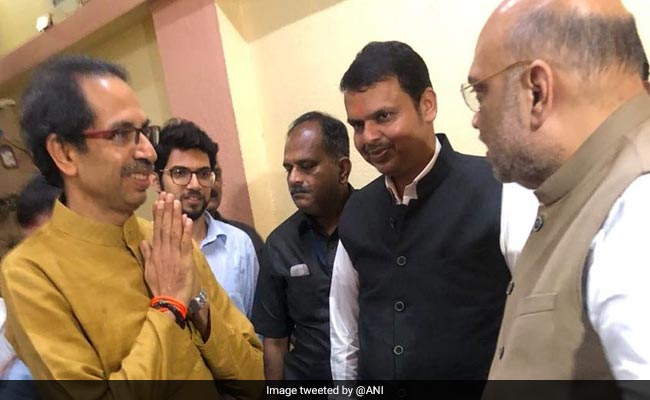 BJP minister said if the alliance does not materialise, BJP on its own can win 18 to 20 seats (File)

An internal survey carried out by the Bharatiya Janata Party (BJP) has predicted a repeat of its 2014 performance in the coming Lok Sabha polls if it forges a pre-poll alliance with the Shiv Sena.

A senior BJP minister, requesting anonymity, said the two parties are expected to win 42 out of the 48 Lok Sabha seats in Maharashtra if they fight together.

This could be easier said than done as Sena chief Uddhav Thackeray has said repeatedly that he will not have an alliance with the BJP.

"If the Sena refuses to have a poll pact, the BJP will still be the single-largest party, but will win fewer seats than in 2014. The survey, however, says the Sena will not win more than 4-5 seats," the minister claimed.

The Congress won only two seats, while the NCP did a tad better by winning five.

Quoting the survey, the minister said if the BJP-Sena alliance does not materialise, the BJP on its own can win 18 to 20 seats, while the Congress-NCP combine can win 22 to 24 seats.

BJP chief Amit Shah, during his recent visit to Mumbai, had told Chief Minister Devendra Fadnavis that he wanted alliance with the Sena, the minister said.

Asked for a comment, Sena spokesperson Manisha Kayande said her party had nothing to do with BJP's internal survey, and the Sena's future course of action has already been chalked out by party president Uddhav Thackeray.

"The survey may predict five seats for us, on the counting day everybody will see how many seats we actually get. It is the prerogative of our party president to decide if the alliance will happen," she said.