Elections are due in Karnataka in a few months. BJP, in an attempt to consolidate its presence in the south, has launched a rigorous campaign in the state. 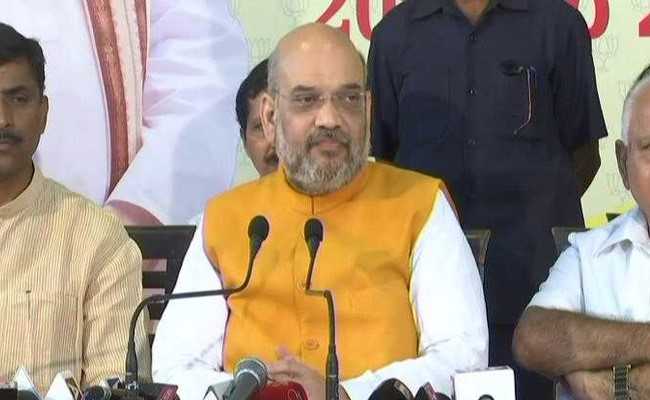 Amit Shah is in Karnataka ahead of assembly polls.

BJP president Amit Shah is in Karnataka as part of the party's election campaign for the upcoming assembly election in the state. After arriving in Mangaluru last evening, he addressed a small public meeting near the airport. He visited the Kukke Subramanya temple in the morning. He addressed students at Vivekananda Institutions in Puttur on the role of the youth in building a "New India".

Amit Shah is also slated to visit the family of BJP worker Deepak Rao, a BJP worker who was murdered last month. After a press conference at Surathkal, Mr Shah will attend the Fishermen Convention at Malpe before heading to the Sri Krishna Matt.

Elections are due in Karnataka in a few months. BJP, in an attempt to consolidate its presence in the south, has launched a rigorous campaign in the state. Prime Minister Narendra Modi was in Karnataka on Monday to flag off a new train and address voters. 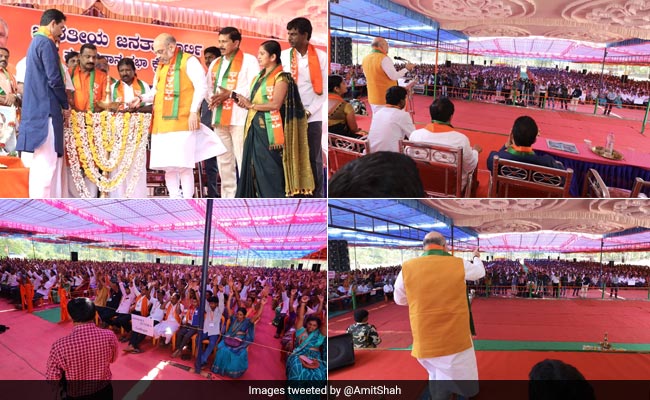 Amit Shah at the Nava Shakthi Samavesh in Sullia, Dakshina Kannada, Karnataka.
Feb 20, 2018 13:22 (IST)
Youth of Karnataka needs to come forward to prevent forming a government that believes in vote bank and politics of appeasement. I appeal youth of Karnataka to form a corruption-free government that gives pace to development: Amit Shah said while addressing students in Karnataka college.
Feb 20, 2018 13:08 (IST)
In the field of space, we established a record by launching 104 satellites in the space. We have taken up a project where government will offer Rs 10,000 crore to each university for world-class higher education: Amit Shah
Feb 20, 2018 13:04 (IST)
PM Modi said that we are not here to rule the country but to bring about the change. When we formed govt in 2014, 60 crore people did not have a bank account, 15 crore people did not have LPG connection, 18,000 villages have no electricity, 11 crore families did not have toilet and only 10% people had healthcare services. Now, 3,000 villages out of 18,000 villages have been electrified. Every family has a bank account now. We carried out surgical strike, avenging the deaths of Indian jawans. This is only possible because of strong political will, Amit Shah said while addressing students at Vivekanada Institutions in Karnataka.
Feb 20, 2018 13:00 (IST)
In 2013, four years ago, there was despair in the country and people were worried about the future of India: said Amit Shah in Karavali.
Feb 20, 2018 12:58 (IST) 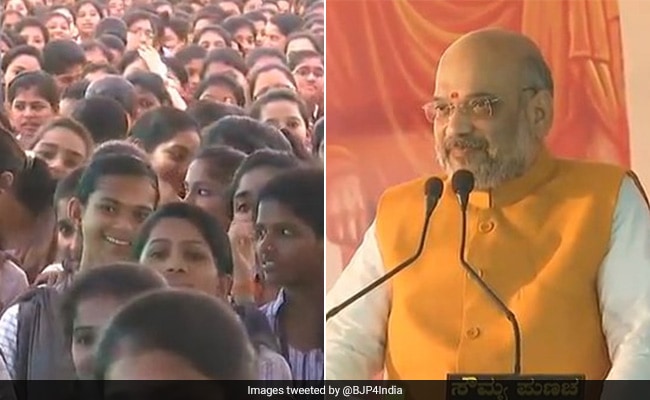 Only the youth of this country can build a "New India", says Amit Shah as he addresses students in Karnataka's Karavali.
Feb 20, 2018 11:47 (IST)
Modi government has increased Karnataka's share in central revenues from Rs 88,583 crore under 13th Finance Commission to Rs 2,19,500 crore under the 14th Finance Commission: Amit Shah in Sullia.
Feb 20, 2018 11:46 (IST)
CM Siddaramaiah must answer where money meant for development of people of Karnataka has gone: Amit Shah in Karnataka's Sullia.
Feb 20, 2018 11:10 (IST)
If Siddaramaiah thinks politics of appeasement will be successful, he's wrong. Appeasement & polarisation here reflects in example where son of MLA Haris thrashed a man but there was no FIR. Why? Not only bcoz he's Haris's son but bcoz it involves appeasement of groups: Amit Shah said in Sullia as reported by news agency ANI.
Feb 20, 2018 10:52 (IST) 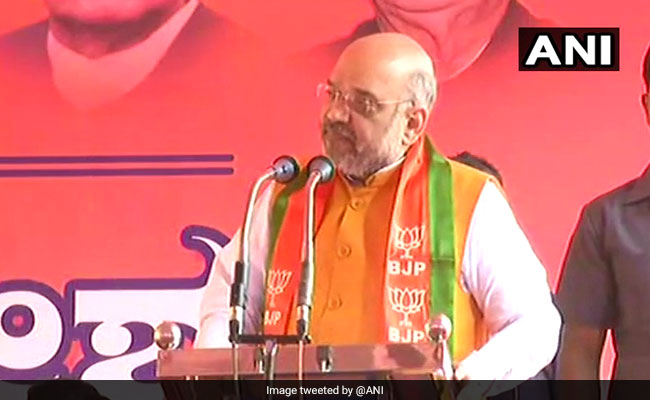 "This is an election not only related to the state but the interests of the entire nation. In this election a govt will come in Karnataka which will open doors to the South for us," said Amit Shah in Karnataka's Sullia as reported by ANI.
Feb 20, 2018 10:49 (IST)
BJP is a party with different work culture. Other parties go for elections based on various ministers & their work. We, on the other hand not only have the world's most popular leader but also 11 crore members from Kashmir to Kanyakumari: Amit Shah at a rally in Sullia, Karnataka, reported news agency ANI.
Feb 20, 2018 09:18 (IST) 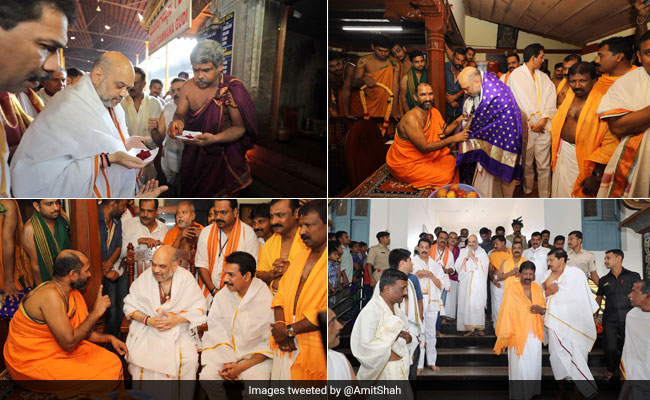 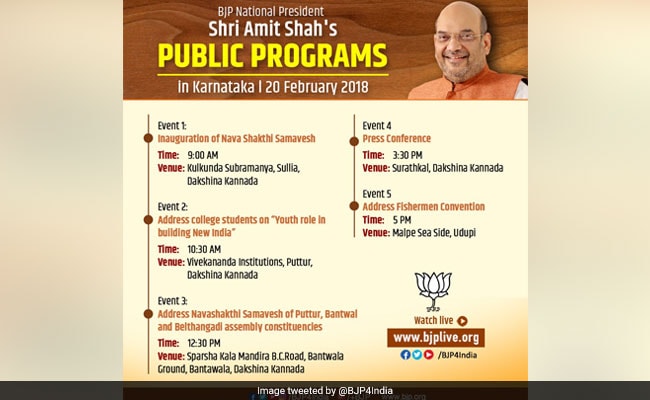