After the video in which the two BJP leaders were seen exchanging blows with their shoes was widely shared on social media, PDP chief Mehbooba Mufti took a jibe at her former ally, the BJP. 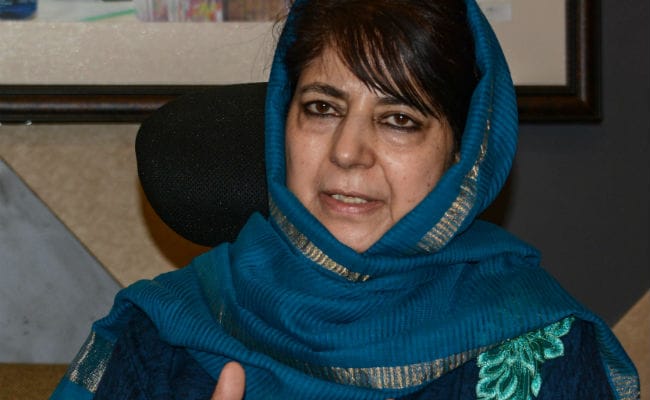 A fist fight between a parliamentarian and an Uttar Pradesh legislator - both belonging to the BJP - has provided an opportunity to the opposition to jab the ruling party. After the video in which the two BJP leaders were seen exchanging blows with their shoes was widely shared on social media, PDP chief Mehbooba Mufti took a jibe at her former ally, the BJP.

"Today in Uttar Pradesh, a parliamentarian and a legislator of the party -that claims to the world's most disciplined- respectfully exchanged blows from their shoes. This is the frustration of the BJP that is expecting defeat in the upcoming elections.The truth is that the BJP is not being able to find candidates for the polls," Akhilesh Yadav said in a sarcastic tweet.

The incident took place in Uttar Pradesh's Sant Kabir Nagar during a District Coordination Meeting. The BJP Member of Parliament Sharad Tripathi, who represents the district, asked why his name was not included on the foundation stone for a local road. Rakesh Baghel, one of the MLAs from the district, said it was his decision.

The argument turned into name-calling, and soon the parliamentarian was hitting Mr Baghel with his shoe, as people present in the meeting tried to break the fight.

The BJP's UP unit, meanwhile, has promised action against the two leaders.

"We have taken cognizance of this condemnable incident and both have been summoned to Lucknow. Strict disciplinary action will be taken," UP BJP president MN Pandey was quoted by news agency ANI as saying.