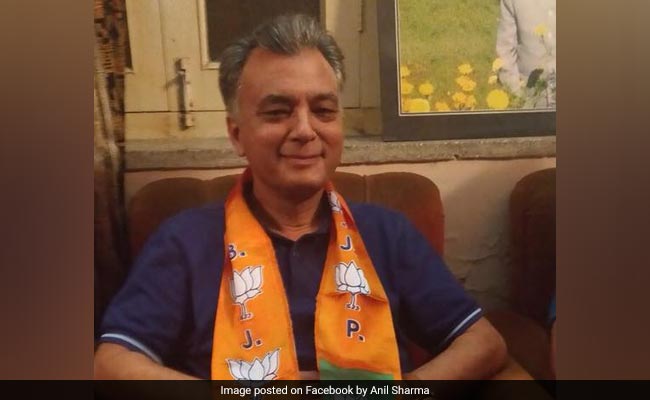 The BJP's Himachal Pradesh unit may soon take action against its Mandi MLA for not attending a rally of Prime Minister Narendra Modi held in the assembly segment earlier this month, a party leader said.

During the Lok Sabha election campaign, PM Modi had addressed a rally at Paddal Maidan in Mandi on May 10 in support of sitting BJP MP Ram Swaroop Sharma.

The local MLA, Anil Sharma, whose son, Aashray, was fielded by the Congress opposite Ram Swaroop, gave the prime minister's rally a miss.

"As far as his membership of the legislative assembly is concerned, legal opinion will be taken on that and action may be taken against him through Speaker Rajeev Bindal. Being the leader of the House, Chief Minister Jai Ram Thakur will decide in what manner action will be initiated against the MLA," Mr Satti told PTI.

"However, as far as the party is concerned, being a legislator, Anil Sharma is a member of the BJP's state executive. We will discuss in our disciplinary committee his removal from the state executive for not attending our topmost leader Narendra Modi's rally held in his home constituency," he added.

Ashray, who was eyeing BJP ticket from Mandi, joined the Congress after the BJP decided to re-nominate Ram Swaroop.

After Ashray's candidature was announced by the Congress, Anil Sharma resigned as the state power minister due to constant attack from within the BJP and uneasy equation with Chief Minister Jai Ram Thakur.

He had told the BJP that he would neither campaign for the party candidate, nor for his son.

The Mandi Lok Sabha constituency is very important for the BJP as it is Mr Thakur's home district.

Polling was held in Mandi on May 19 and it recorded a voter turnout of 73.39 per cent.