The sex video surfaced in Raipur, triggering a political slugfest between the Congress and the BJP. 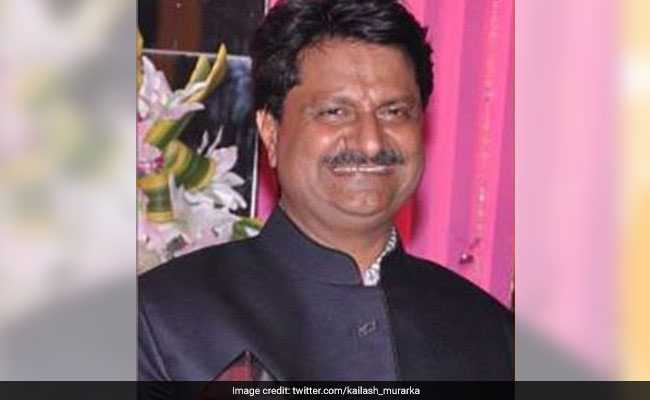 Kailash Murarka has been sacked for spoiling the image of the party, BJP said.

The BJP in Chhattisgarh Tuesday announced expulsion of party leader Kailash Murarka, a day after the CBI named him as an accused in the "sex CD" case allegedly involving a state minister belonging to the ruling party.

Kailash Murarka has been sacked for spoiling the image of the party, Chhattisgarh BJP unit president Dharamlal Kaushik said.

"Party leader Muraraka has tarnished the image of the BJP and there is no question of keeping him in the party. He has been expelled," Mr Kaushik told PTI.

Kailash Murarka, who does not hold any formal post in the BJP, is currently the secretary of the Chhattisgarh Pradesh Archery Association which is headed by Ramesh Bais, the BJP MP from Raipur.

He was named as the "accused number 1" in the chargesheet filed by the CBI (Central Bureau of Investigation) in the special court in Raipur on Monday, around 11 months after the sex CD scandal surfaced in October last year.

According to the CBI, all the six accused entered into a criminal conspiracy for the purpose of making the morphed sex video depicting Chhattisgarh minister Rajesh Munat in a sexually explicit position and also circulating the same to harm his reputation.

Meanwhile, Mr Kaushik suggested that the Congress remove Bhupesh Baghel from the party, as he is also named as an accused in the case.

"People in Chhattisgarh never accepted the politics of lies and falsehood. The state has always seen healthy politics. If anybody is trying to damage that tradition, then the (Congress) national president (Rahul Gandhi) should think over it and remove him (Baghel) from the party," Mr Kaushik said when asked about the BJP's demand for expelling Baghel.

Bhupesh Baghel, Verma and Bhatia had appeared in the special court in Raipur on Monday, after they were served notices by the CBI.

Baghel is currently in judicial remand for 14 days. Of the total six accused in the "sex CD" case, Khanuja, a Raipur-based automobile dealer, had committed suicide in June this year during the course ofinvestigation.

Two other accused namely Murarka and Pandya, a short-film maker, did not appear in the court. Verma was granted bail by the CBI court in Raipur in December last year.

Complaint has been filed against the accused under sections 469 (forgery for purpose of harming reputation), 471 (using as genuine a forged document), 120B (criminal conspiracy) and 67A of the IT Act (whoever publishes or transmits or causes to be published or transmitted in the electronic form any material which contains sexually explicit act).

Bhupesh Baghel told reporters Monday that he was being falsely implicated in the case, and announced to sit on a 'satyagrah' in the jail to protest against the BJP government.

A case of blackmail and extortion had been registered at the Pandri police station in Raipur on a complaint filed by BJP leader Prakash Bajaj who stated that he "was being bharassed over phone by an unidentified caller who told him that he had a CD of his 'aaka' (master)".

After investigation, a search team was sent to Delhi and Verma was arrested from Ghaziabad on October 27, 2017, the police had said while claiming to have recovered 500 CDs and pen drives etc.

After Verma was arrested, the sex video surfaced in Raipur, triggering a political slugfest between the Congress and the BJP.

Munat then filed a complaint against Bhupesh Baghel and Verma at the Civil Lines police station in Raipur for allegedly tarnishing his image through the "fake CD".

The Chhattisgarh government had then recommended a CBI probe into the incident.