Biplab Deb Should Study About Sikhs Before Commenting: Akali Leader

Biplab Deb stirred a controversy by saying Punjabis and Jats are physically strong but less brainy while Bengalis are known to be very intelligent. 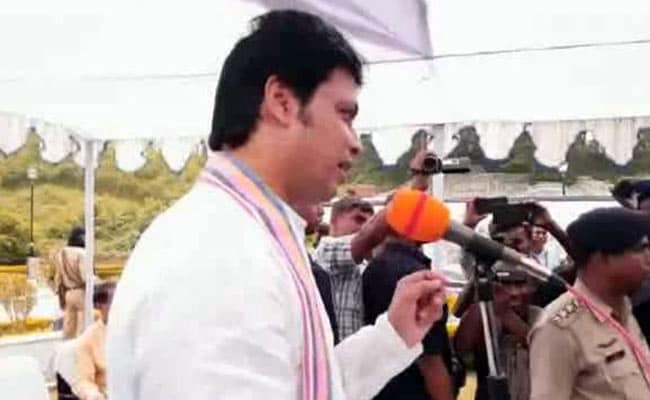 Mr Deb stirred a controversy by saying Punjabis and Jats are physically strong but less brainy while Bengalis are known to be very intelligent. "Every community in India is known for its certain type and character," the BJP leader said at a programme Sunday.

"Deb's comment that Sikhs are brave and kindhearted yet less brainy is highly objectionable and condemnable," said Mr Sirsa, the national spokesperson of Akali Dal, a BJP ally, on Tuesday.

Mr Sirsa said it was surprising the chief minister made a comment "without applying any thought to it".

Biplab Deb has apologised for his comment after he faced a flak from various quarters.

"I have learnt that the chief minister has apologised on Twitter. It would be better if he had studied about Sikhs before uttering nonsense about them," Mr Sirsa said.

It would be good if the chief minister relinquishes his chair and enhances his knowledge about Sikhs. Sikhs not only had the maximum contribution in the freedom struggle but they also contributed maximum in the field of education but Deb seems unaware of it, Mr Sirsa added