In India, a democratically elected Narendra Modi is creating a Hindu nationalist state, imposing punitive measures on Kashmir, a semi-autonomous Muslim region, and threatening to deprive millions of Muslims of their citizenship," he said. 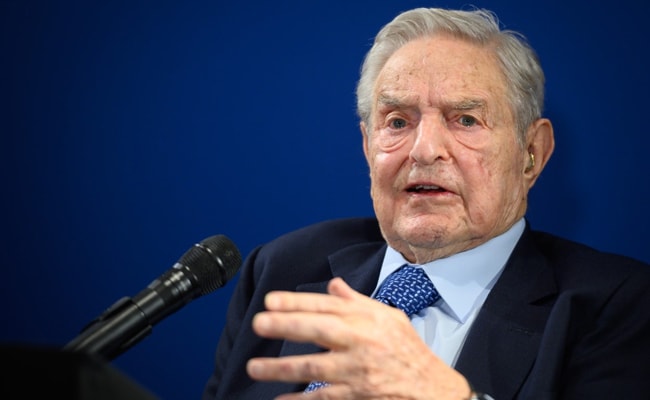 Billionaire philanthropist George Soros is delivering a speech in Davos, an annual event in which he addresses an array of global, political and technological issues.

Here are excerpts from prepared remarks in which he addresses events from 2019.

On the U.S. economy: President Trump's economic team is overheating the economy. "An overheated economy can't be kept boiling for too long," he said. "If all this had happened closer to the elections, it would have assured his re-election. His problem is that the elections are still 10 months away and in a revolutionary situation, that is a lifetime."

On nationalism: "Nationalism, far from being reversed, made further headway." The biggest and "most frightening setback," he said came in India "where a democratically elected Narendra Modi is creating a Hindu nationalist state, imposing punitive measures on Kashmir, a semi-autonomous Muslim region, and threatening to deprive millions of Muslims of their citizenship."

On President Trump: "President Trump is a con man and the ultimate narcissist who wants the world to revolve around him. When his fantasy of becoming president came true, his narcissism developed a pathological dimension. Indeed, he has transgressed the limits imposed on the presidency by the Constitution and has been impeached for it."

On U.S.-China relations: Trump "is willing to sacrifice the national interests for his personal interests and he will do practically anything to win re-election. By contrast, Xi Jinping is eager to exploit Trump's weaknesses and use artificial intelligence to achieve total control over his people."