Four passengers were injured in the accident which took place around 9:45 in the morning. 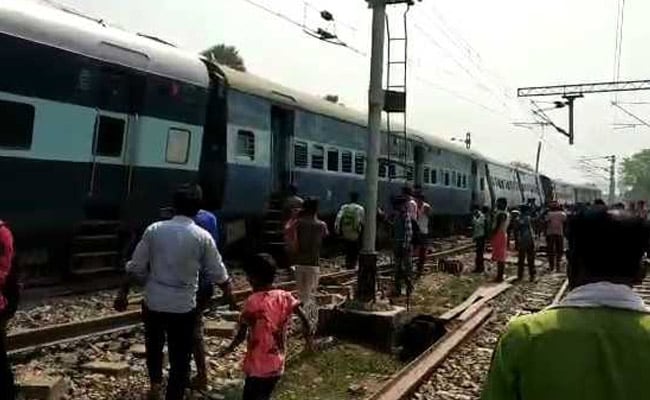 Chhapra-Surat Tapti Ganga derailed at around 9:45 am.

The accident, which took place near Gautam Asthan railway station in Varanasi division around 9:45 in the morning.

The accident spot is 10 km away from Chapra town of the district, the Chief Public Relations Officer of North Eastern Railway, Sanjay Yadav, said.

All the four injured have been admitted to a local hospital, he added.

The cause of the accident is yet to be found. Relief and rescue operations are going on.

Last month, at least six people died and 36 were injured after a Delhi-bound train derailed in Bihar's Vaishali district, about 30 km from Patna. Eleven coaches of Seemanchal Express came off the tracks near Sahadai Buzurg station.