The officer Harjot Kaur Bhamra has issued a statement, expressing regret over the controversy after the National Commission for Women (NCW) sent her a notice and Chief Minister Nitish Kumar ordered an inquiry. 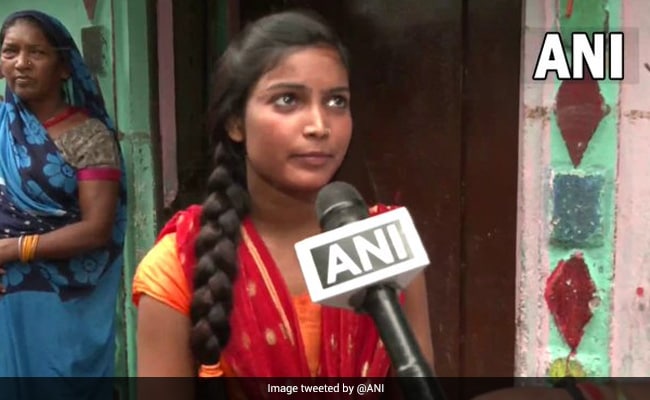 Riya Kumari said she wanted to raise a concern on behalf of many girls.

The schoolgirl who requested a senior bureaucrat for free sanitary napkins for teenagers in schools and was told she would "ask for condoms next" at a public event has spoken out about the exchange.

"My question (on sanitary pads) wasn't wrong. They aren't a big thing; I can buy, but many live in slums and can't afford them. So, I asked not just for myself, but for all girls. We went there to keep our concern and not to fight," the girl, Riya Kumari, was quoted as saying by news agency ANI.

The officer Harjot Kaur Bhamra, meanwhile, issued a statement, expressing regret over the controversy that flared after video footage from the event held two days ago went viral on social media.

At a state-level workshop organised in collaboration with UNICEF, she had rebuked schoolgirls who requested that the government, which gives out free bicycles and school uniforms, should also consider providing free sanitary napkins.

"There is no limit to such freebies. The government is already giving a lot. Today you want a packet of napkins for free. Tomorrow you may want jeans and shoes and, later, when the stage comes for family planning, you may demand free condoms as well," Ms Bhamra said.

The IAS officer's comments were met with outrage from the girls, who insisted that the government was not doing them a favour since those in power also approached them for votes.

"Then don't vote, become like Pakistan," Ms Bhamra was heard saying in response.

Her statement of regret came after the National Commission for Women (NCW) sent her a notice and Chief Minister Nitish Kumar ordered an inquiry. She had yesterday threatened to sue a newspaper for "misreporting" about the Tuesday event.