Behaviour of Protesting Ex-Servicemen Unlike That of Soldier: Manohar Parrikar 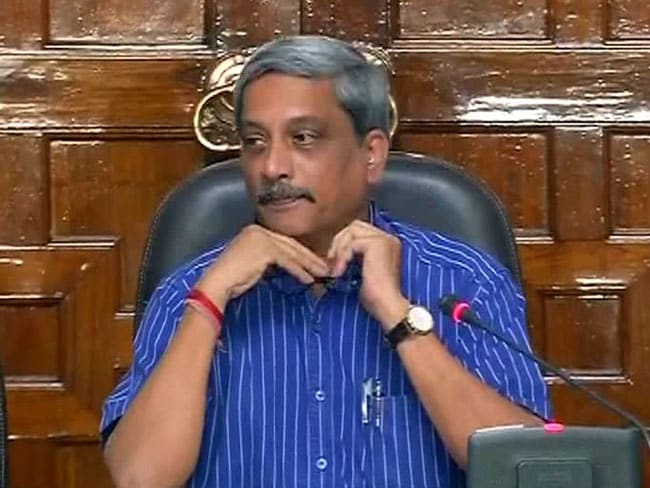 Vasco Da Gama, Goa: The behaviour of ex-servicemen protesting the notification on OROP scheme is "unlike that of a soldier" and they have been misguided, Defence Minister Manohar Parrikar said today, a day after the war veterans decided to return their medals.

He termed one rank, one pension (OROP) decision as his biggest achievement in the last one year and said it was the BJP government that had finalised the measure.

"This is unlike a soldier. Whoever are still protesting despite the announcement are being misguided," he said.

Mr Parrikar said that if there are any grievances, the ex-servicemen can present their case to the judicial commission that will be set up for this purpose.

He had yesterday said that everyone has a right to make a demand in democracy but not all demands can be fulfilled.

The government had on Saturday formally notified the OROP scheme for over 24 lakh ex-servicemen and six lakh war widows in the country. The notification is more or less in line with what Parrikar had announced on September 5.

However, it has dropped the contentious proposal to exclude ex-servicemen who had sought premature retirement from the ambit of OROP. But the armed forces personnel who opt to get discharged on their request would henceforth not get OROP benefits.

Ex-servicemen who have been protesting at Jantar Mantar in New Delhi since June, have rejected the notification.
Comments
Manohar ParrikarOROPOne Rank One PensionOROP scheme