The failed car attack on March 31 in Banihal was jointly plotted by terror groups Jaish-e-Mohammed and Hizb-ul-Mujahideen, Jammu and Kashmir Inspector General of Police MK Sinha said on Monday. 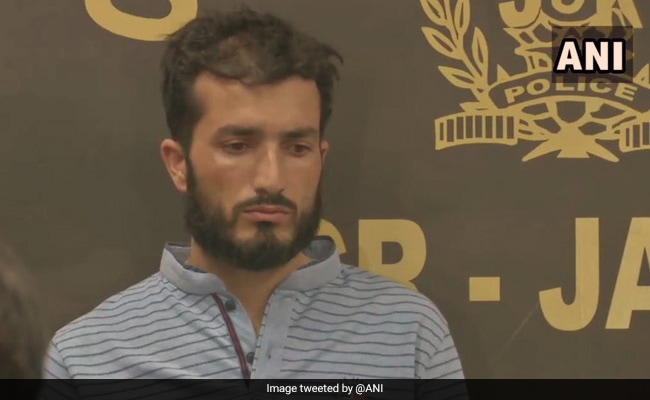 A PhD scholar is among six terrorists caught in connection with the explosion inside a car on Jammu-Srinagar highway last month, when a convoy of the CRPF was passing, the police said. Police said the case - which  triggered memories of the February 14 Pulwama attack - has been solved.

The police, however, ruled out any link between the Banihal car blast and the Pulwama attack in in which over soldiers lost their lives.

The failed car attack on March 31 in Banihal was jointly plotted by terror groups Jaish-e-Mohammed and Hizb-ul-Mujahideen, Jammu and Kashmir Inspector General of Police MK Sinha said on Monday. 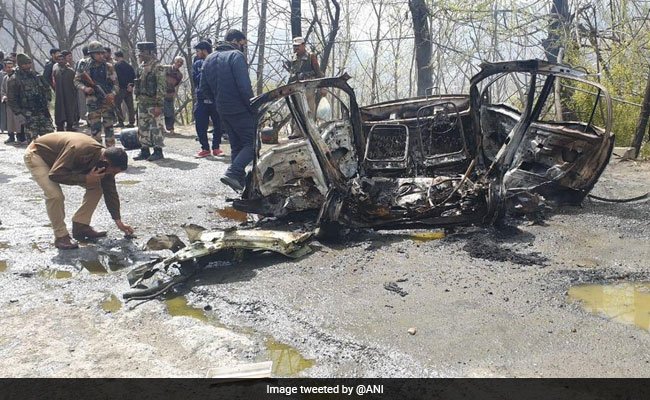 A Hyundai Santro exploded in Jammu and Kashmir's Banihal on March 31.

The low-intensity blast inside a Hyundai Santro took place on Jammu-Srinagar highway, near the Jawahar Tunnel, when a convoy of the CRPF was passing. The car, authorities said, overtook a number of vehicles in the convoy. The attack was seen as a security lapse by officials.

"We have almost cracked the case completely and six persons so far have been arrested. The failed car attack was orchestrated by terror outfits Jaish-e-Mohammed (JeM) and Hizb-ul-Mujahideen (HM) under the command of a Pakistan terrorist Munna Bihari," the officer said.

Hilal Ahmad Mantoo, the PhD scholar, is an active member of the student wing of the banned outfit Jammat-e-Islami (JeI). He was doing research on anxiety among students and was arrested from Central University in Punjab's Bathinda.

"Youths are taken in Jamait-ul-Talba after careful screening and once inducted, they are given an extremely hard-core religious orientation and made to indulge in various activities including terror operations," the Mr Sinha said.

The five other arrested are Waseem or "Doctor", Umar Shafi, Aqib Shah from Shopian, Shahid Wani or "Watson" of Pulwama and Owais Amin.

Owais Amin, a BBA student, was the driver of the car who was seen jumping out of the burning Hyundai Santro and seen running towards a nearby hamlet.  He was arrested from Banihal in April 1.
The driver and two others - Umar Shafi, Aqib Shah - were "working as over ground workers of Rayees Khan who became an active terrorist of Hizbul Mujahideen in 2018," the top officer said. Umar Shafi is a student of BCA in Srinagar.

The car was fitted with two LPG cylinders of different sizes. It also had petrol, jerry can, gelatin sticks, urea and sulphur, the material used for fabricating Improvised Explosive Device (IED) to cause a blast.

The identities of the car owner and the masterminded of the attack are yet to be found out. Also, the source of the gelatin sticks has not been uncovered yet, the police said.