One of the pilots said he had flown approximately eight kilometres across the line of control to get into a position to fire the Spice bomb. 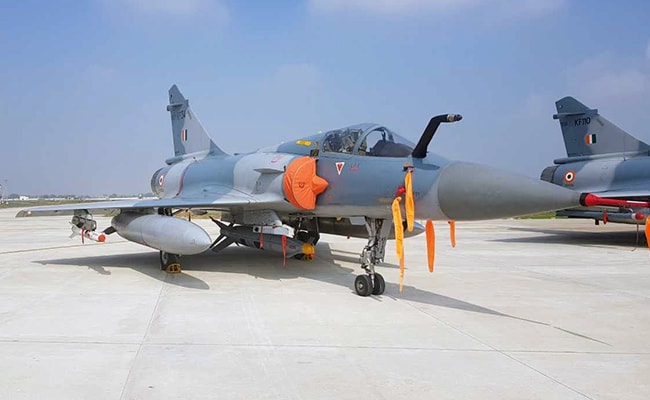 "We smoked a lot of cigarettes before the mission," says the young Squadron Leader who was one among the group of pilots who struck the Jaish-e-Mohammad terror training facility near Balakot in Pakistan in February. "We kept pacing up and down once we knew what our mission was."

The Squadron Leader was one among two Mirage 2000 fighter pilots who NDTV spoke to on their role in the attack, the first Indian Air Force assault on a target inside Pakistan since the 1971 war.

NDTV has been requested not to reveal the names of either of the two pilots who we spoke to.

On February 26, the Indian Air Force (IAF) had deployed 12 Mirage 2000 jets, which were meant to take out the terrorist facility by firing two separate types of Israeli munitions - the Spice 2000, designed to penetrate deep inside the structures which were targeted and the Crystal Maze, meant to send back a video feed of the targets as it struck them. Used in conjunction, the weapons were meant to obliterate the entire facility, while providing the IAF with video evidence of the strike. This was meant to showcase India's resolve in taking on those that it says were responsible for the Pulwama terror attack in February in which 40 Central Reserve Police Force soldiers were killed. 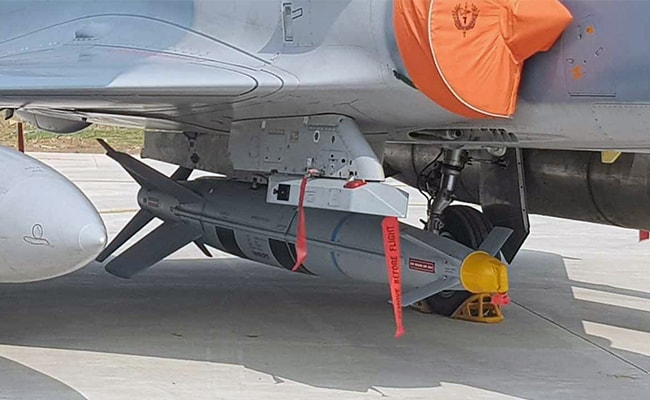 A Spice 2000 satellite guided bomb slung under the fuselage of an Indian Air Force Mirage 2000.

A low cloud base prevented the IAF from launching the Crystal Maze weapons on the day of the attacks though the fighters deployed did manage to launch five of the six Spice 2000 bombs they were armed with.

"I have no doubt that the Spice 2000 hit its target," says the second Mirage pilot when asked about the controversy on the effectiveness of the IAF strikes. Images released by satellite imaging company DigitalGlobe which were showcased on several international sites showed all the structures at the Jaish camp intact despite the IAF strike. "The resolution of the satellite imagery which was shown is nowhere close to what is needed to accurately show the ingress points of the weapon" says one of the pilots. "The Spice 2000 is not a weapon that misses. There may have been efforts at concealing the damage caused on the roofs of the buildings."

The IAF has consistently maintained that the Spice 2000 weapon it used was designed to penetrate to a certain depth before exploding. The variant of the bomb used was meant to take out human targets without necessarily destroying buildings. NDTV has also been shown an ultra-high resolution image of one of the targets showing three precise holes on the roof of one of the main structures targets. Foreign diplomats and journalists who were taken to the site by Pakistani authorities forty three days after the attack were not shown this building thought to be a hostel for terrorist recruits.

Asked whether those two hours during the mission were the longest in his career, one of the two pilots said, ''It went by in a flash because there was so much to do." One of the big concerns of the IAF attack formation was the distinct possibility of a Pakistani response. Though the two pilots NDTV spoke to did not pick up a Pakistani interceptor on their radars, they were alerted to the presence of at least one Pakistani jet flying towards the Indian formation by the airborne warning aircraft coordinating the IAF's attack. By then, they had launched their weapons and were safely out of harm's way. "The Spice 2000 is a fire and forget weapon. You don't need to loiter in the area while it flies towards its target," said one pilot.

One of the pilots said he had flown approximately eight kilometres across the line of control to get into a position to fire the Spice bomb. Asked what they did once they returned to base, both the pilots smiled at each other. One of them said, "We had a few more cigarettes."