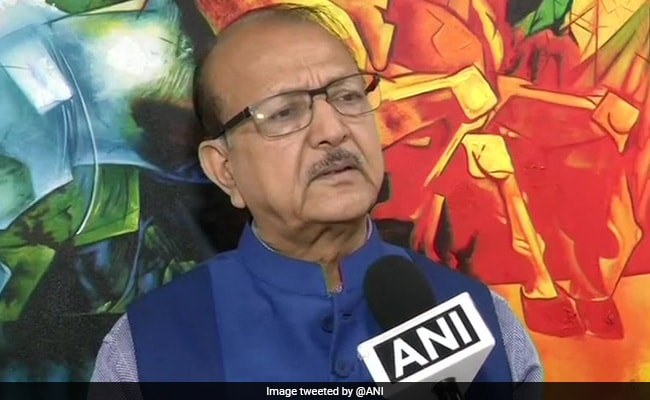 Bahujan Samaj Party (BSP) national spokesperson Sudhindra Bhadoria on Saturday criticised both the Bharatiya Janata Party (BJP) and the Congress for doing politics over the six-year-old Dalit girl, who was raped and killed in Punjab's Hoshiarpur and then set on fire.

"I think BJP and Congress should not do politics on it. BJP was doing politics on the Hathras incident. Similarly, Congress is keeping quiet on the Hoshiarpur incident. This is a wrong tendency in politics. They are responsible for the safety and security of women but have failed," Sudhindra Bhadoria said while speaking to ANI.

Mr Bhadoria attacked Congress leaders Rahul Gandhi and Priyanka Gandhi Vadra for keeping quiet on the Hoshiarpur incident and said that they and others should speak out and urged Chief Minister Captain Amrinder Singh to inform about the action being taken.

"I would like to know from the Congress party why they are keeping quiet on this issue. I also want to say that BJP should put their houses in order in Madhya Pradesh and Uttar Pradesh where everyday cases of rape and gangrape are taking place," Mr Bhadoria said.

He further expressed deep concern over rape incidents across the country and said that such kind of brutalisation, rapes and murders taking place is a matter of shame for any government which is ruling in the state.

"We have seen an incident in Punjab just now. A similar incident happened in Uttar Pradesh sometime back. In Rajasthan, a Scheduled Tribe girl was raped. I think there are growing cases of rapes against Dalit and Adivasis. I think this is a sad day for India. The government is failing to provide safety, security and dignity to women and girls particularly the Dalits," Mr Bhadoria said.

In yet another brutal incident, a six-year-old girl was allegedly raped and her half-burnt body was later found at the house of the accused in the Hoshiarpur district of Punjab on October 21.