Telangana rape accused killed: The police said they had attacked the team which had taken them at the crime scene in connection with the ongoing probe, and they were killed in cross-firing. 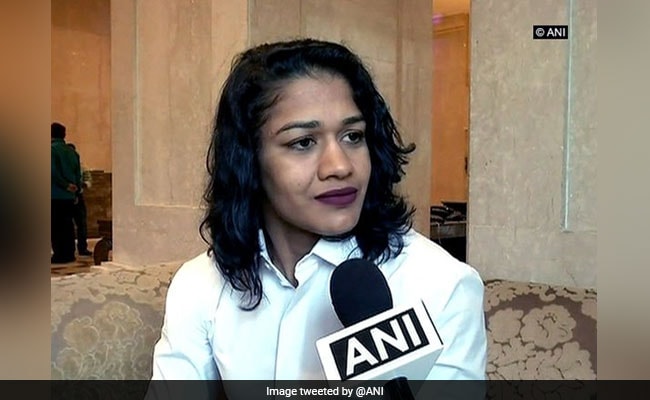 Olympic wrestler Babita Kumari Phogat has praised the Telangana police for killing the four men accused of the gang-rape and murder of a 27-year-old veterinarian near Hyderabad last month. The police said the accused had attacked the team which had taken them at the crime scene in connection with the ongoing probe, and they were killed in cross-firing.

"Thok diya, sahi kiya (good that they are shot)," she tweeted.

"The news that I got in the morning has had a soothing effect on me. The Hyderabad police have shot down all four gang-rape accused in an encounter. Police have taken a very brave decision and I am in their support," she tweeted in Hindi.

Mohammed Arif (26), Jollu Shiva (20), Jollu Naveen (20) and Chintakunta Chennakeshavulu (20), all truckers, were accused of kidnapping the woman on the pretext of fixing her punctured scooter, and then raping and murdering her.

They were taken to the scene of the crime around 5.45 am today for a reconstruction, the police said. "We had to fire in retaliation after the accused started hitting us with stones and sharp objects and snatched our weapons," Cyberabad police chief VC Sajjanar said.

"The law has done its duty. That's all I can say," he added.

The victim's father has said his daughter's soul "must be at peace now".

"It has been 10 days to the day my daughter died. I express my gratitude towards the police and the government for this. My daughter's soul must be at peace now," he said.

Many celebrities, including Badminton legend Saina Nehwal, have welcomed the killing of the accused.

People have also sounded caution against what they call extra-judicial killing.

The grisly crime had triggered nationwide outrage and anger. Several parliamentarians had demanded medieval punishment for the culprits.