Chief Minister Hemant Soren's intervention helped Geeta Kumari to get Rs 50,000 from the Ramgarh district administration and also a monthly stipend of Rs 3,000 to pursue her athletics career. 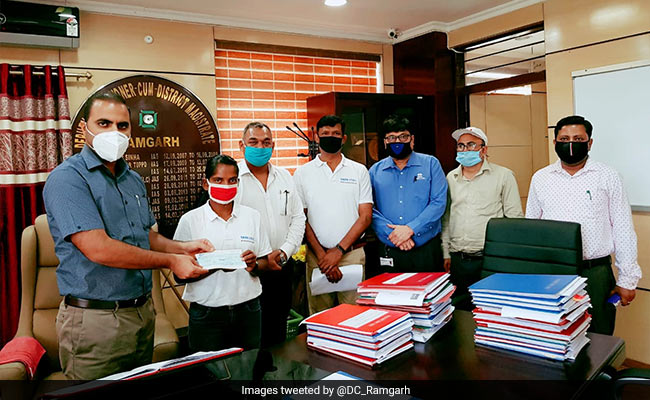 Athlete Geeta Kumari was forced to sell vegetables in the streets of Jharkhands Ramgarh district to make ends meet.

Chief Minister Hemant Soren's intervention helped Ms Kumari to get Rs 50,000 from the Ramgarh district administration and also a monthly stipend of Rs 3,000 to pursue her athletics career.

Mr Soren received information on his twitter handle that Ms Kumari has turned into a roadside vegetable seller due to financial problems. The chief minister directed the Ramgarh deputy commissioner to assist Ms Kumari financially so that she could pursue her athletics career.

The Ramgarh Deputy Commissioner (DC) Sandeep Singh gave a cheque of Rs 50,000 to Ms Kumari on Monday and also announced Rs 3,000 monthly stipend to the athlete and arranged for her training at a sports centre, an official release said.

Wishing the athlete all success in the world of sports, the deputy commissioner said, "There are several sportspersons in Ramgarh who are capable of winning laurels for the country, and the administration will ensure they get support."

Ms Kumari's cousin Dhanjay Prajapati said, "She sells vegetables and also is a final year BA student in Ananda College, Hazaribag, in the neighbouring district. Her family is financially weak and my sister wants to pursue her pet event. Now that the administration has given assistance she is very happy."

Ms Kumari had won eight gold medals at state-level walking competitions and won a silver medal and a bronze medal in competitions held in Kolkata, the release said.