Rs 1 Crore a Day. One Donor's Offer for Earthquake-hit Nepal at Delhi Embassy 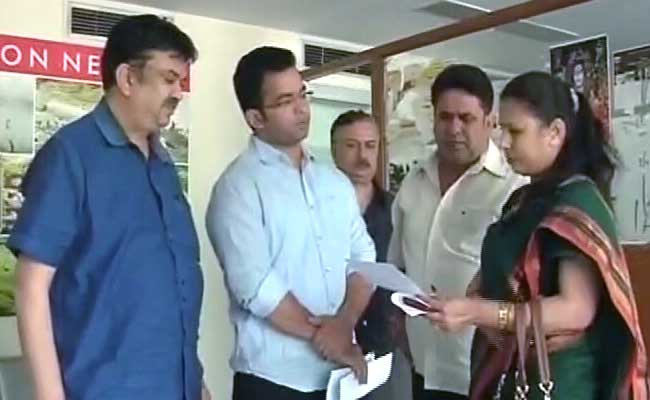 People from all walks of life are coming to offer their help at the Embassy of Nepal.

If you are in despair about the tragedy in Nepal, come down to the Embassy of Nepal in Delhi. The kindness of the many, many people who have reached out in this time of need, is bound to warm your heart.

The NDTV team met the man coordinating the relief efforts at the embassy -- deputy chief of mission Krishna Prasad Dhakal.

It was late afternoon, but Mr Dhakal had had no time for lunch, swamped as he was by offers of help. Earlier in the day, he'd received a diplomat from the United Arab Emirates.

"He had come with the Red Crescent team and he said, 'What so you need? We will buy everything.' Can you imagine?" said Mr Dhakal, his tired eyes brightening up at the memory.

At the entrance of the embassy stands a help desk to field queries about the quake zone. But the visitors' pad showed that all 20 who turned up today just wanted to help.

The Embassy doesn't accept cash. The people have been directed to the banks.

Organisations as varied as the Delhi Cycle Society have been listed as contributors. The list also mentions as the Communist Party of India, which has donated Rs 50,000. And while NDTV was there, representatives of pharma company CIPLA turned up.

"This bank representative came and told us they would give Rs 1 crore daily," Mr Dhakal said. "They are working out the modalities now."

But it isn't just embassies or banks or organisations that want to help.

The most heartening part, according to Mr Dhakal, is the common people who are coming. Even the poor have pitched in, with bottles of water and packs of biscuits.

"A gentleman who runs a trucking business said we could use his trucks to send relief by road, and another offered his cargo company... we are overwhelmed."

Even journalists, who are busy filing stories during such a crisis, are lending a hand.

"There are few of us here, we are doing what we can," said Akansha, a print reporter from Nepal, who, along with two others, was coordinating between the embassy and various agencies.