Assembly Elections 2018: Mizoram is the only state where Congress is in power in the North-East at present. 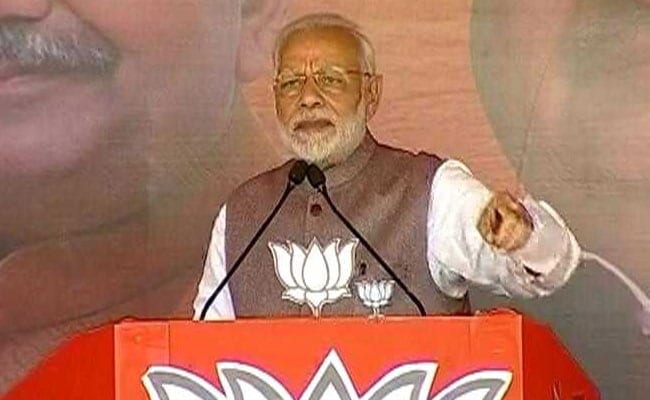 PM Modi said his government has so far disbursed loans to 14 crore people.

Prime Minister Narendra Modi on Tuesday said he used the "bitter medicine" of demonetisation to bring back money into banking system and to give "proper treatment to deep-rooted corruption system" in the country. Addressing a rally in Madhya Pradesh, PM said: "The amount of work we (BJP-led government) have done in four years, Congress would be able to do it in 10 years".

With assembly elections in five states round the corner, political parties have lined up their star campaigners to address various rallies across these states. BJP and Congress lined up a series of public meetings in Mizoram for the November 28 elections.
While BJP President Amit Shah addressed three public meetings in the state today - Lawngtlai, Champhai and Vairengte, Congress chief Rahul Gandhi addressed two rallies in Champhai and Aizawl.

Here are the highlights on election rallies in Madhya Pradesh, Mizoram and Telangana: 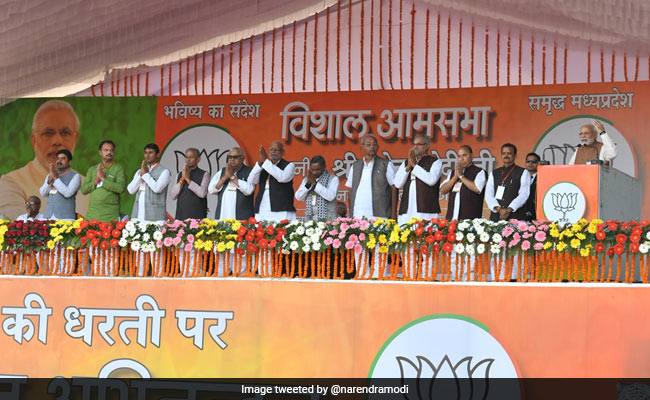 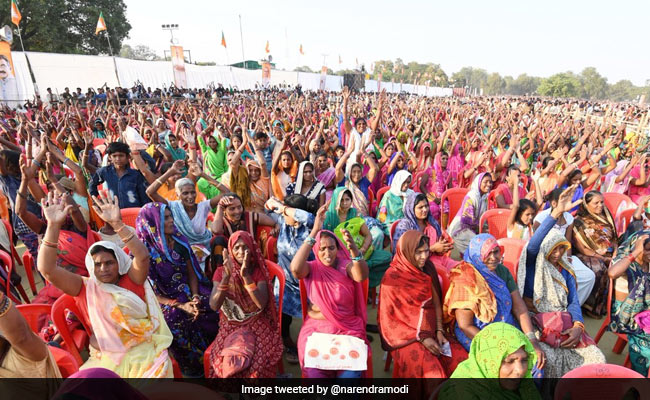 Nov 20, 2018 17:27 (IST)
Targeting the Nehru-Gandhi family, PM Modi said, "History proves that no dynasty prevails after its fourth generation rule in Delhi and Congress will also meet the same fate".
"Let's compare the 55-year long Congress regime and 15-year-long  BJP regime in MP. Remember the days when Congress was in power and the state faced massive power cuts," he added.
When pregnant mother had to be rushed to hospital on a tractor or a cot, there were no roads from village to the city. Often the mother died, the child died or sometimes both. Those were the days of Congress, PM Modi said.
Nov 20, 2018 16:22 (IST)
"When I was contesting 2014 Lok Sabha polls as BJP's PM candidate, I traversed across the nation, seeking votes. Came here too, not even half of the people in attendance turned up to hear me back then."
"People sitting in A.C rooms in Delhi don't realise the direction in which the (electoral) wind is blowing. Rewa is Tansen's bhoomi. According to legend two girls from my village helped Tansen, I today have come from the same village to help you, I have dedicated my life to the well-being of people."
"Citizens of this nation are my family, I will never stop from striving for the well-being of the citizens. I derive the strength to do so because women and daughters wish well for me, when I want to bring about a change in the lives of poor people," he added.
Nov 20, 2018 16:21 (IST)
Prime Minister Narendra Modi In Rewa, Madhya Pradesh
Addressing a rally in Rewa in Madhya Pradesh, Prime Minister Narendra Modi said, "This election is not just for deciding who wins or who loses. This poll season, you have to decide what kind of state you want to shape up for your children. This election will help you shape up your destiny." 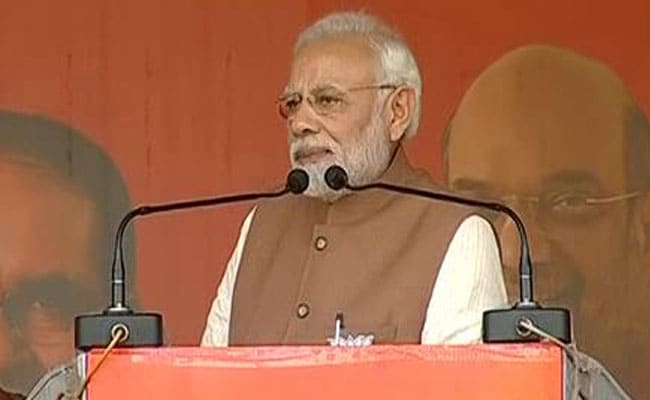 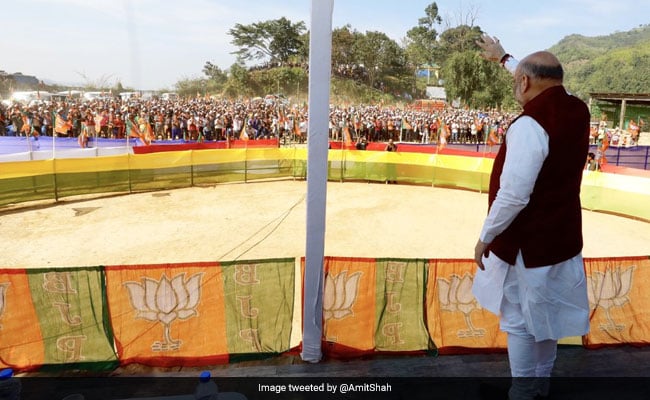 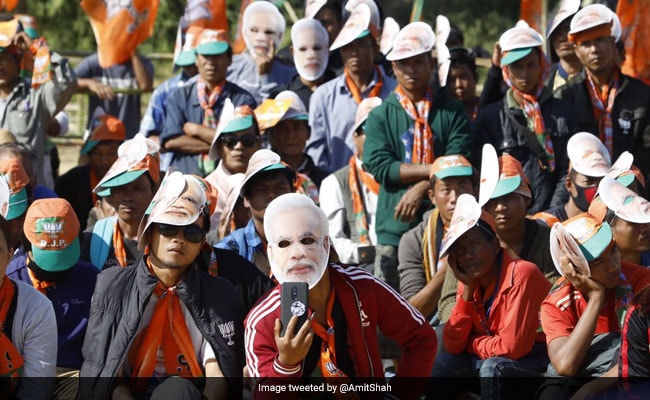 Nov 20, 2018 15:51 (IST)
Supporting the BJP-led government in Madhya Pradesh, BJP chief Amit Shah said, "Prime Minister Narendra Modi and Shivraj Singh Chouhan have helped in circulating welfare projects to each house in Madhya Pradesh. I request the beneficiaries of the Centre and State government projects, to vow for the progress and prosperity of Madhya Pradesh." 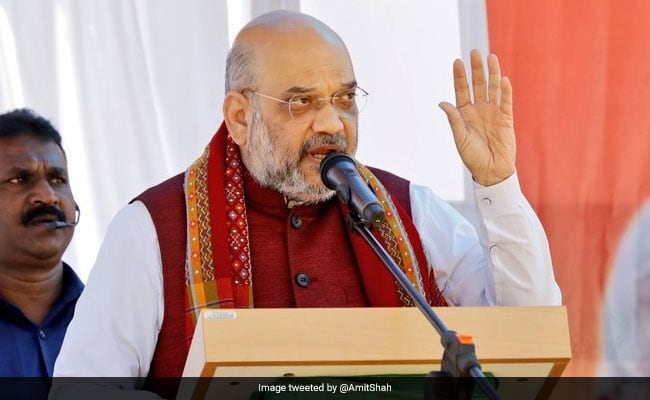 Nov 20, 2018 15:11 (IST)
Shivraj Chouhan addressing a rally in MP took a jibe at Congress saying that the "Party might be wondering how a thin and scrawny son of a farmer could occupy by the CM's chair."
He added, that Congress has television advertisements against me. Why is Cong so angry with me? Because I built roads, provided electricity?
Mr Chouhan asked the crowd whether they were angry with him to which they replied "No." 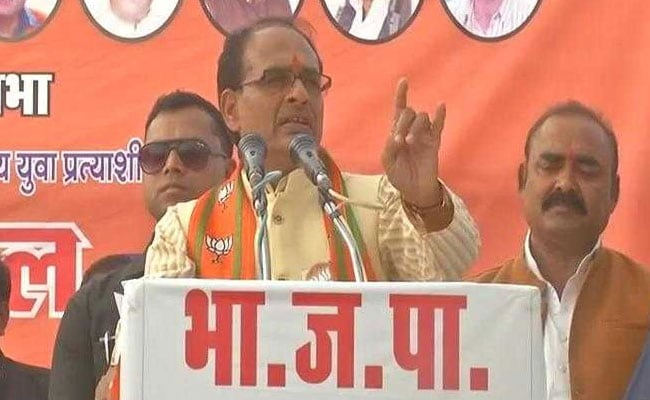 Nov 20, 2018 14:55 (IST)
He also targeted Congress Chief Rahul Gandhi on his 'race' (daud) from temple to temple. Mr Singh said, "Now the eagerness to win elections, is compelling them to search for temples. Rahul Gandhi lacks etiquettes and has no clue of how to conduct himself in a temple."
Nov 20, 2018 14:01 (IST)
Home Minister Rajnath Singh addresses an election meeting at Burhanpur in Madhya Pradesh
Home minister Rajnath Singh while addressing an election meeting, at Burhanpur in Madhya Pradesh, praised the state chief minister Shivraj Singh Chouhan and his efforts to build the state.
He said, "Madhya Pradesh needs someone like Shivraj Singh Chouhan. I couldn't help develop the state as Mr Chouhan did. Also politics should be done to build the country and the society, not just the government." 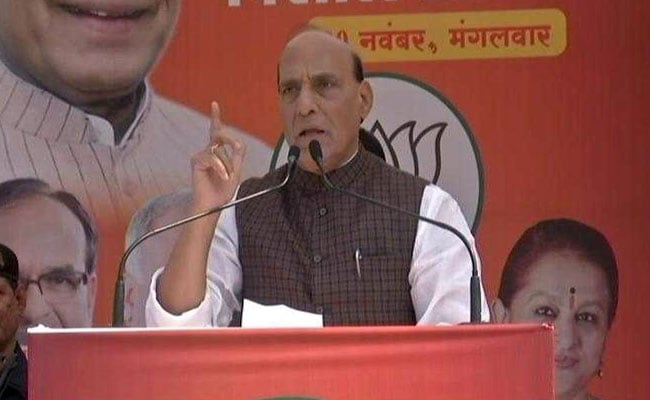 Nov 20, 2018 13:05 (IST)
"Bitter medicine" of demonetisation to "treat" corruption: PM
In Madhya Pradesh, Prime Minister Narendra Modi said he used the "bitter medicine" of demonetisation to bring back money into banking system and to give "proper treatment to deep-rooted corruption system" in the country.
PM Modi said his government has so far disbursed loans to 14 crore people, "that too without guarantee", under the ambitious Pradhan Mantri Mudra Yojana.
"The amount of work we (BJP-led government) have done in four years, Congress would be able to do it in 10 years," PM Modi said.
"Remember the time when Congress was in power here in Madhya Pradesh, what was the condition of people? Madhya Pradesh does not deserve a government which never thinks about the state's welfare," PM Modi said, targeting the Congress party.
Nov 20, 2018 10:51 (IST)

Today I'm in Mizoram! The North East of India has always had a close connect with the Congress party. I look forward to strengthening that connect today, through my public meetings in Champhai and Aizawl. pic.twitter.com/RsR3sGEG7X

Nov 20, 2018 10:19 (IST)
According to reports, Amit Shah would arrive at the Lengpui airport near Aizawl and visit southernmost Mizoram's Lawngtlai, Myanmar-border Champhai and Assam border Vairengte by helicopter where he would address public rallies.
He would come to Aizawl from Vairengte and release the BJP's manifesto/vision document for the state before leaving for Delhi.
Nov 20, 2018 10:17 (IST)
Mizoram is the only state where Congress is in power in the North-East at present and hence its great challenge for the party to defend its fort.
MizoramTelangana