It was decided by Assam and Nagaland that the security personnel of both states will simultaneously move back from the site of the standoff to their respective base camps. 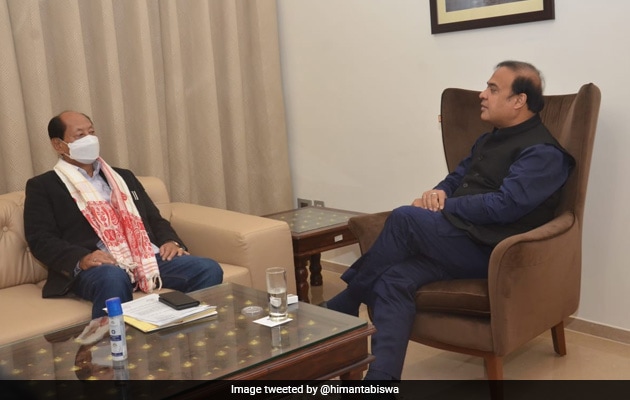 "Held a fruitful discussion with CM of Nagaland @Neiphiu_Rio ji on issues of mutual interest, people's welfare in both States and strengthening our friendship in presence of Nagaland's Dy CM Y Patton and ex-CM TR Zeliang. I appreciate Rio ji's warmth during the meeting," Mr Sarma tweeted.

I appreciate Rio ji's warmth during the meeting. pic.twitter.com/dFjLoE22gD

It was decided by both sides that the security personnel of both states will simultaneously move back from the site of the standoff to their respective base camps.

"Nagaland and Assam shall monitor the area by surveillance using UAV (Unmanned Aerial Vehicle) and satellite imagery with a view to maintaining the status quo. The Superintendents of Police of the districts of Mokokchung (Nagaland) and Jorhat (Assam) shall ensure an orderly withdrawal of their respective forces and shall be responsible for it in the instant case," read the statement.

This meet by Chief Secretaries surfaced after the border dispute between the two states peaked and a fierce gun battle between the forces of the two states resulted in the death of five Assam police personnel and one civilian. One injured policeman succumbed to his injuries later taking the total number of policemen killed to six. At least 50 people were injured in the incident.