The ALH Dhruv chopper had been stranded at the Siachen glacier in January. Due to snowfall, it had overturned onto its side 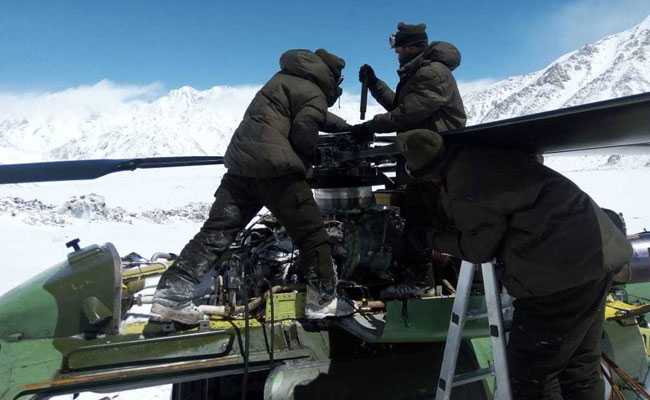 At 18,000 feet, surrounded by harsh, icy terrain and blasted by freezing winds, even breathing can seem like strenuous exercise for many. But, earlier this year in Siachen, soldiers of the Indian Army managed to put an overturned helicopter back on its right side, repair it and then fly it out in a remarkable feat of human effort.

The ALH Dhruv chopper had been stranded at the Siachen glacier in January. Due to snowfall, it had overturned onto its side. The army had made several attempts to recover the fallen chopper. Finally, technicians and pilots of the Army ALH squadron 203 in Leh managed to put new parts on the chopper and bring it back safely to the Siachen Glacier base camp. 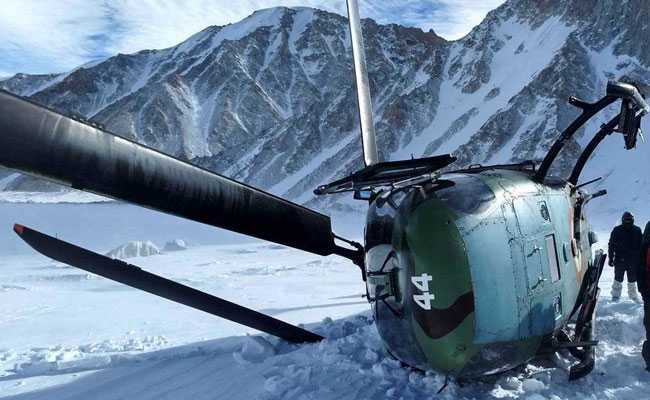 The helicopter was overturned due to snowfall

The helicopter was on an air maintenance sortie in the 74-km-long Siachen Glacier, known as the world's highest battlefield, when it developed a technical snag and had to be landed around a post called Khanda. The pilots could not reach the helipad at the post and had to land the chopper in the snow. Though the chopper landed safely, it was overturned due to overnight snowfall. 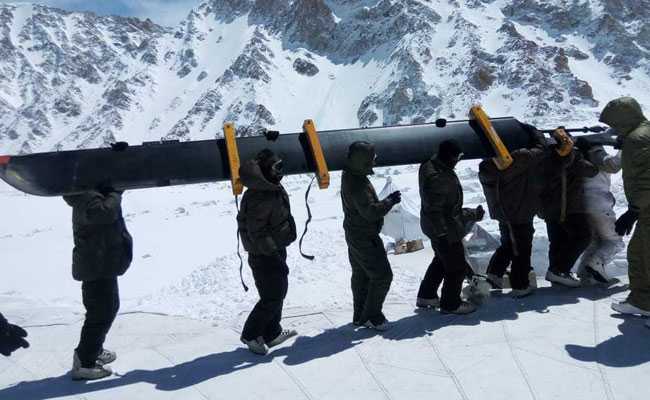 The team had to put the helicopter back on its landing skids, before fixing it so that it was in a condition to fly. They then flew it back to the Siachen base camp. 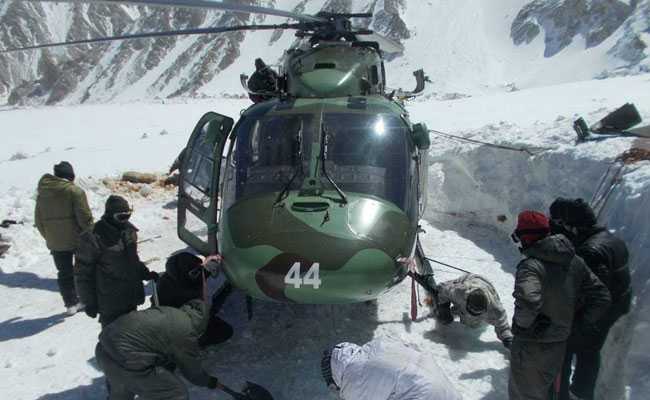 "I know the pilots and technicians who were involved in this operation," former Army Aviation chief Lt Gen PK Bharali (retd) told news agency ANI on Tuesday. I have headed this Army Aviation Corps for a couple of years, all I can say is that nothing is impossible for these men from Indian Army," he said.

The helicopter was recovered in July this month, the Army announced on Tuesday.