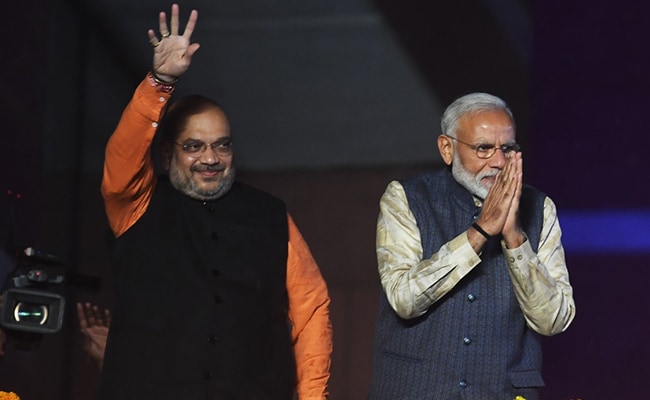 Home Minister Amit Shah on Wednesday congratulated Prime Minister Narendra Modi for the Union Cabinet's several "landmark decisions" which he said were "yet another manifestation" of the Central government's commitment towards self-reliance, welfare of poor and strengthening the economy in challenging times.

"This enormous boost to the dairy sector will surely surge employment, increase milk productivity and exports," he said.

The home minister said the private sector participation in space research activities has also been approved by the Modi government and this historic reform will unlock India''s true space potential.

"IN-SPACe will accelerate growth of the space sector by promoting and guiding private industries in space activities," he said.

Mr Shah said to alleviate financial stress of Shishu loan borrowers under Mudra Yojana, the union cabinet has approved 2 per cent interest subsidy for a period of 12 months for eligible borrowers.

"This will provide a huge relief to small businesses which have been adversely affected by Covid," he said.

The home minister said the cabinet has also approved an Ordinance to bring 1,482 urban cooperative and 58 multi-state cooperative banks under the supervision of the Reserve Bank of India and this will give an assurance to the bank depositors and boost their trust in the formal banking system by protecting their hard-earned money.

"I thank and congratulate PM Shri @narendramodi ji, as cabinet today approved several landmark decisions. These decisions are yet another manifestation of Modi government's commitment towards self-reliance, welfare of poor and strengthening the economy in these challenging times," he said.

Coronavirus Vaccine: Covid Vaccination Roll Out At These 81 Sites In Delhi On Saturday