According to the State Election Commission, the rural elections will be held for 621 zilla parishad and 6,157 panchayat samiti seats, besides in 31,827 gram panchayats, spread across 20 districts . 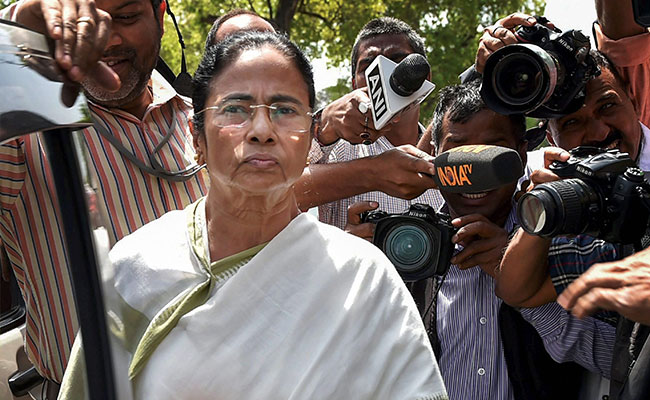 Kolkata: Campaigning for the May 14 three-tier panchayat polls in West Bengal, marred by clashes between supporters of the ruling Trinamool Congress and the opposition BJP, Congress and Left and copious litigation, came to an end today.

According to the State Election Commission, the rural elections will be held for 621 zilla parishad and 6,157 panchayat samiti seats, besides in 31,827 gram panchayats, spread across 20 districts .

The polling will start at 7 AM and end at 5 PM. The counting will take place on May 17, the State Election Commission said.

The panchayat polls witnessed an acrimonious campaign with the opposition accusing the ruling TMC of unleashing a reign of terror during the nomination process for the polls.

The TMC had termed the allegations as baseless, alleging that the opposition didn't have a mass base and was trying to evade the polls.

Although senior leaders of all the parties campaigned in the polls, West Bengal Chief Minister and TMC supremo Mamata Banerjee refrained from campaigning .

She had, however, appealed to the people of West Bengal to vote in favour of development ushered by her government. The TMC in its campaign spoke of the various projects undertaken by the state government and its success in the MNREGA.

The BJP, which is trying to emerge as the main challenger to TMC, has promised development in rural areas if it is voted to power. The CPM-led Left Front and the Congress had appealed to the voters to defeat the TMC and BJP in Bengal.

The TMC won unopposed in about 34 per cent of the seats.

The filing of nominations, which was held from April 2 to April 9 and then again on an extended date on April 23, witnessed clashes between supporters of the ruling TMC and opposition political parties in the state leading to several deaths.

The run up to the polls also witnessed a plethora of court cases.

The polls, which was earlier scheduled to be held in three phases on May 1,3 and 5, had to be deferred after the opposition parties moved courts alleging violence and intimidation by the ruling Trinamool Congress during the nomination process.

On April 20, the Calcutta High Court quashed the State Election Commission (SEC) order cancelling the notification for extension of deadline for filing nomination for panchayat polls in West Bengal and directed it to allow nominations by issuing a fresh notification.

The nomination process for the panchayat polls ended on April 9, but it was extended by a day by the SEC the same evening following a Supreme Court Court order on petitions alleging that candidates backed by Opposition parties were being prevented from filing nominations.

The West Bengal government and ruling Trinamool Congress had objected to the extension by the SEC, which had cited a Supreme Court direction to allay apprehensions of intending candidates in its notification extending the nomination process by a day.

The notification, which referred to the apex court order, was withdrawn by the SEC on April 10 morning.

The BJP again moved the Supreme Court on April 11 and was directed to approach the High Court with its grievances over the deadline for filing nominations.

The BJP moved the high court challenging the withdrawal and Justice Talukdar stayed the election process on April 12.

Apart from the BJP, the CPM, PDS and the Congress too have moved the High Court separately challenging the SEC's decision.

The commission and the ruling Trinamool Congress opposed the petitions claiming that these were not maintainable since the election process had started.

On May 8, the Calcutta high court had directed the commission to accept the nominations of those candidates named by CPM who had filed their papers electronically within the stipulated time before 3 pm on April 23.

The Supreme Court had stayed the Calcutta high court order directing the poll panel to accept nomination papers filed through e-mail for contesting the panchayat elections in the state.

Promoted
Listen to the latest songs, only on JioSaavn.com
The apex court took note that almost 17,000 candidates have won the panchayat polls unopposed and dubbed it as "worrying", while directing the commission not to declare them as winners.

The Calcutta high court on May 10 also ruled that the commission and state officials would be held personally liable and have to pay compensation if the loss of life and property in the coming panchayat election was higher than that in the 2013 poll.