The civil aviation ministry said the decision to increase passenger capacity on flights was taken after a review of the current status of scheduled domestic operations viz-a-viz passenger demand for air travel. 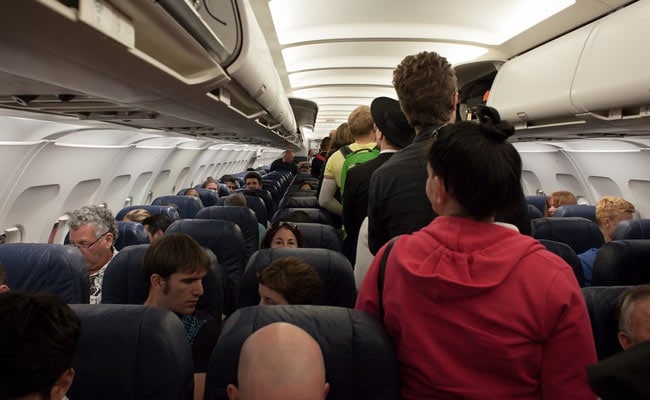 Domestic flights in India have been operating at 72.5% since August 12. (File)

Following a dip in the COVID-19 cases in the country, the Ministry of Civil Aviation on Saturday increased the passenger capacity on domestic flights from 72.5 per cent to 85 per cent.

In an official notification, the ministry said the decision was taken after a review of the current status of scheduled domestic operations viz-a-viz passenger demand for air travel.

"After review of the current status of scheduled domestic operations viz-a-viz passenger demand for air travel in terms of the purpose specified in the initial order dated May 21, 2020, condition laid down in para 2 of the order dated May 21, 2020, as last amended on dated August 12, 2021, is further modified as under: 72.5 per cent capacity may be read as 85 per cent capacity," the order said.

The ministry said the new order will take effect from the date of issue and will be applicable until further order.

After a complete ban scheduled domestic flights during the lockdown last year, the operations started on May 25, 2020, after a two-month gap with a capacity of 33 per cent.

The government had resumed the scheduled domestic flights on May 25 last year after a two-month break. The ministry had allowed the carriers to operate not more than 33 per cent of their pre-Covid domestic services.