On Monday, a picture of Air India boarding pass - which had photos of PM Narendra Modi and Vijay Rupani on it - was tweeted by a passenger. 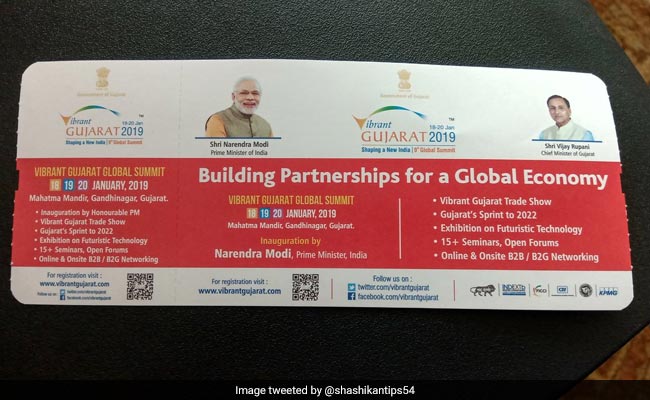 On Friday evening, a passenger who took an Air India flight from Madurai tweeted a picture of his boarding pass having photos of PM Modi and Mr Rupani in an advertisement for the Vibrant Gujarat summit held in January.

"Air India had issued notice on March 25 to all domestic stations to discontinue usage of boarding cards with Vibrant Gujarat Advertisement on reverse with immediate effect. Today's incident is apparently a human error. A show cause notice for this error has been issued to the airport manager of AI at Madurai," an airline spokesman said.

"Today AI management has reiterated its earlier instructions and asked for confirmation from all stations regarding discontinuation of these boarding cards," he said.

On Monday, a picture of Air India boarding pass - which had photos of PM Modi and Mr Rupani on it - was tweeted by a passenger, triggering a major controversy. Consequently, the national carrier issued a statement that it "has decided to roll back" these boarding passes.

On Wednesday, the Election Commission issued a show cause notice to the Railways and Civil Aviation ministries over the use of pictures of the Prime Minister on rail tickets and Air India boarding passes as prima facie it violated the model code of conduct.

On March 20, tickets with photos of the Prime Minister were withdrawn by the railways after the Trinamool raised the issue with the poll body.

The railways had said it was a third-party advertisement and leftover from a pack of tickets printed a year earlier was used. The national transporter also instructed its zones to withdraw the tickets.

Last month, the Civil Aviation Ministry "requested" airlines flying on domestic routes to give their passengers a letter written by Civil Aviation Minister Suresh Prabhu that enlisted various "achievements and initiatives" of the Modi government in the aviation sector.