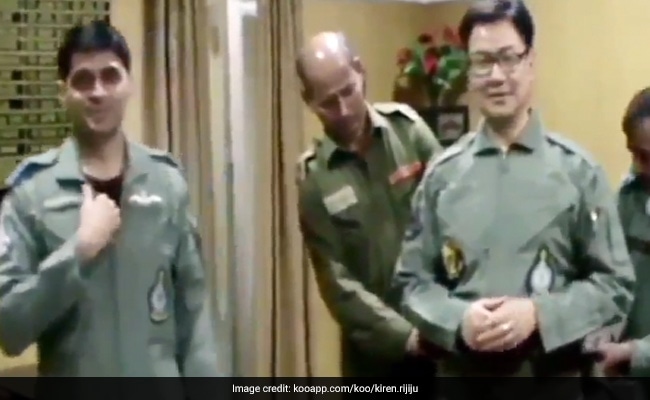 The video starts with Kiren Rijiju wearing a jumpsuit and getting ready for the sortie.

On Air Force Day, Union Minister Kiren Rijiju shared a throwback video of when he flew in a Sukhoi-30 fighter jet.  “On Air Force Day, I am remembering my memorable flying moment with Sukhoi Su-30MKi on the invitation of the Air Chief Marshal and also my interaction with our bravehearts. The nation salutes IAF for their bravery,” the 49-year-old said in a post on Koo.

The video starts with Mr Rijiju wearing a jumpsuit and getting ready for the sortie. He then finally boarded the supersonic jet and took off. After the sortie, Mr Rijiju interacted with a few IAF personnel.

The Sukhoi fighter aircraft can reach an altitude of 56,800 feet at a maximum speed of 2,100 km per hour. Rijiju had taken off from the Halwara base in Punjab on May 18, 2016. He flew in the aircraft for nearly 30 minutes.

"Sukhoi flying brought me closer to the IAF team at Halwara Air Force Station. Salute to brave pilots for securing our sky," he had said.

Mr Rijiju is part of a select list of dignitaries, who have taken a sortie in a frontline fighter jet. The list includes former Presidents APJ Abdul Kalam and Pratibha Patil, former Defence Minister George Fernandes, and Finance Minister Nirmala Sitharaman, who was the Defence Minister then.

The IAF is celebrating the 89th Air Force Day today.