When contacted, Meenakshi Natarajan said, "I would not make any public statement on the party's internal issues." 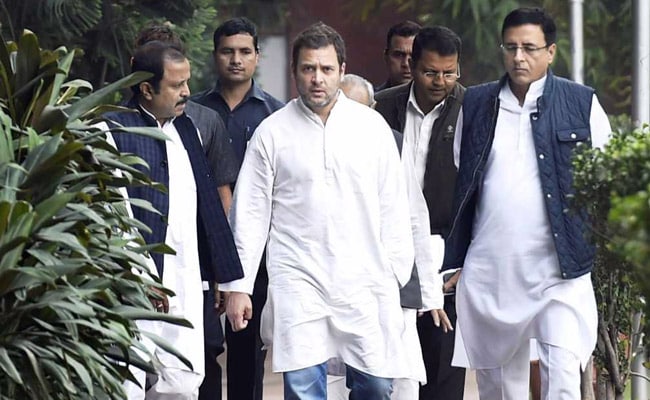 The development comes ahead of Congress president Rahul Gandhi's visit to Mandsaur on June 6. Mr Gandhi will visit on the first death anniversary of six farmers who were killed in police firing during a protest last year.

Congress general secretary Ashok Gehlot had on Tuesday announced the formation of the party's different committees in view of the Madhya Pradesh Assembly elections due later this year.

Ms Natarajan, known as a trusted lieutenant of Rahul Gandhi, was appointed chairperson of the Congress' manifesto committee, while Mr Gautam was made a member of the party's state coordination committee.

When contacted, Ms Natarajan said, "I would not make any public statement on the party's internal issues." Notably, during the 2009 Lok Sabha polls, Mr Gautam had rebelled against the Congress when Ms Natarajan was chosen as the party nominee from Mandsaur.

Promoted
Listen to the latest songs, only on JioSaavn.com
Congress chief Rahul Gandhi will visit Piplya Mandi village in the district on June 6, the first death anniversary of six farmers who were killed in police firing during a protest there last year.

He is expected to hold a condolence meeting-cum-rally during his visit, a state Congress leader said yesterday.
Comments
Rahul GandhiMadhya Pradesh CongressMeenakshi Natarajan