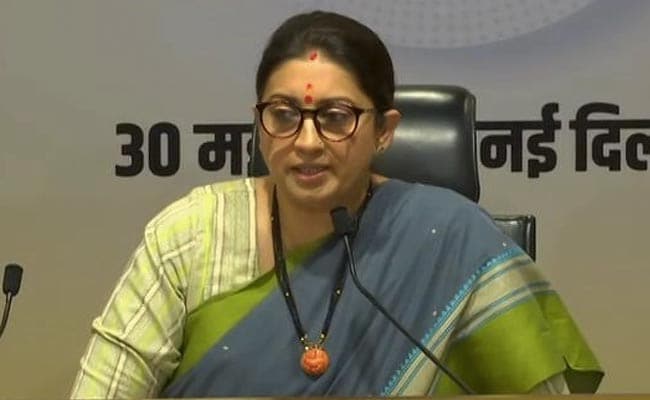 Side-by-side video clips of Smriti Irani's jibe at Rahul Gandhi and the Congress leader paying tribute before a statue of Vivekananda have gone viral on social media. Several Congress leaders shared the video and targeted the BJP leader, who is Union minister for Women and Child Development and Minority Affairs.

What a silly thing to do!
God bless Silly Souls https://t.co/7vzgEI7v3U

Reacting sharply to Ms Irani's comments, Congress leader and member of the Rajya Sabha, Jairam Ramesh, said: "The BJP believes in propagating lies. If Ms Irani needs a fresh pair of spectacles to help her see things with more clarity, we can always provide her with one."

In the video, Ms Irani says: "Today I want to ask the Congress party, if you are embarking on a 'yatra' from Kanyakumari to unify India, at least don't be so shameless as to have ignored Swami Vivekananda. But it seems such a gesture (to honour Vivekananda) is not acceptable to Rahul Gandhi."

The video clip playing right next to her comments shows the Congress leader standing with folded hands in front of Vivekananda's statue and circumambulating it as a mark of respect.