Adultery Is Not A Crime, Says Supreme Court. Key Quotes Of The Judges

In a landmark verdict, the Supreme Court has said the adultery law "creates a dent on women" 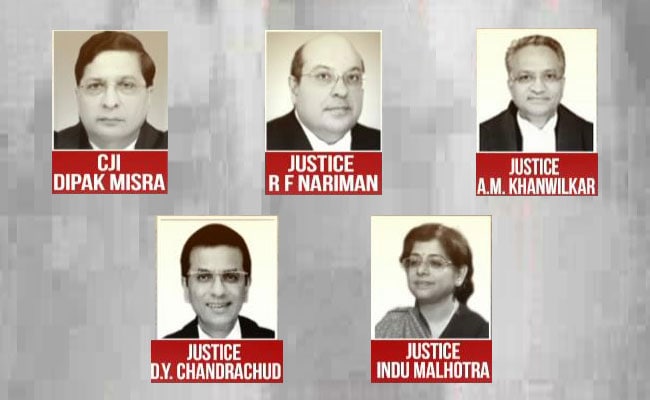 In an unanimous verdict, the Supreme Court has said adultery is not a crime. Striking down the 158- year-old section 497 of the Indian Penal Code, the court said, the law was "arbitrary." It can however, be grounds for divorce "without a shadow of doubt", said the top court. During the hearings, the centre had defended the law saying adultery must remain a crime so that the sanctity of marriage can be protected. The five-judge constitution bench headed by Chief Justice Dipak Misra and comprising RF Nariman, AM Khanwilkar, DY Chandrachud and Indu Malhotra, individually read out their verdicts.

Here are the key quotes of the Judges