Abu Hamza was in Saudi Arabia to gather funds for big terror strike; Pakistan tried to prevent his extradition: Sources 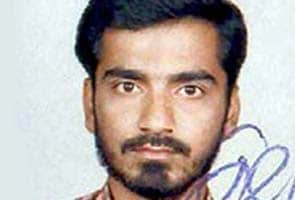 New Delhi: Abu Hamza, the suspected 26/11 handler arrested by the Delhi Police last week, was sent to Saudi Arabia by the Lashkar-e-Taiba to gather funds for a major operation that the terrorist group planned to execute in a year's time, sources have told NDTV. (Who is Abu Hamza?)

Hamza, whose real name is Sayed Zabiuddin Ansari and who was called Abu Jundal during the 26/11 Mumbai terror operation, was arrested by the Delhi Police on June 21. Sources said he was reportedly asked by the Lashkar to befriend Arabs and persuade them to fund terror attacks. The sources said Hamza had told his interrogators that he had also been instructed to look for Indians as possible recruits for the Indian Mujahideen in Saudi Arabia.

Abu Hamza is currently in a Delhi jail in the custody of the Delhi Police. He will stay there till July 5. The man with ten aliases is seen as a big catch, especially as a breakthrough for India in the 26/11 investigations. He is named in both the case chargesheet and the dossier that India has handed to Pakistan. This is the first time that investigating agencies have in their custody a man who was on the inside of the 26/11 plot.  Hamza's interrogation can also yield much information about the deadly Lashkar's Saudi Arabia operations and the Lashkar-Indian Mujahideen links.

Sources said India's Intelligence Bureau and the National Investigation Agency (NIA) tracked Hamza for over a year before they could nab him. He had been in Saudi Arabia for the last three years, having travelled there on a Pakistani passport, sources said. That reportedly made it more difficult to convince Saudi Arabia to hand him over to India, especially with Pakistan reportedly exerting pressure to ensure Jundal was not released. As a Lashkar insider who allegedly played a key role in the 2008 Mumbai attacks, Hamza  could potentially expose the alleged role of Pakistan's state players like the ISI in that terror strike.

Pakistan had said earlier that Abu Hamza had been arrested. While it is now faced with the task of explaining how he travelled to Saudi Arabia and other countries, a spokesperson of the Pakistan High Commission in New Delhi said today, "Pakistan has been in the forefront in the campaign against terror. As agreed at the highest level between Pakistan and India, terrorism is a common concern and counter-terrorism cooperation is in the mutual interest of both countries. Pakistan has renewed its offer of cooperation in this domain."

Since there are diplomatic relationships involved, investigators are treading gingerly as the world watches. Sources have told NDTV that the US intelligence played a big role in helping India get Hamza.

Hamza was one of the six instructors or handlers of the 10 terrorists who attacked Mumbai on 26/11. Operating in pairs, they moved to different landmarks. In 72 hours, they killed 166 people. Ansari was instructing the duo at Nariman House. He asked them to let their victims know that "Yeh to sirf trailer hai, asal film baaki hai (this is just the trailer, the film has yet to start rolling)." He was of special interest to Indian intelligence officials because he used a smattering of Hindi words, rather than Urdu, in his lengthy tutorials. He talked of "Prashasan" (administration), "Udharan" (example) and "yuvak" (youth). Indian intelligence officials believed this was a "local hand."

When a suspected Lashkar operative Lal Baba Mohammad Sheikh was detained in 2010 in connection with the Pune bombings in February that year, he reportedly told interrogators that Hamza was connected to the Pune attack. He also allegedly identified Abu Jundal's voice as that of Zaibuddin Ansari of Beed, Maharashtra. The trail began there.

Sources in the Delhi Police also say that they were given vital information on Abu Hamza by another terrorist arrested last year in connection with the blast at Delhi's Jama Masjid in 2010. The police was told that the 26/11 handler had stayed in Pakistan and Bangladesh, and was recruiting and raising funds for the Lashkar-e-Taiba in countries including Saudi Arabia.

Abu Hamza's voice samples will now be matched against the recordings. The Mumbai Police wants to question him about the 2006 attacks on local trains in Mumbai. The Bangalore Police wants to interrogate him about his alleged role in a bomb blast outside Chinnaswamy Stadium during a cricket match in 2010.  The National Investigation Agency which is handling the 26/11 case, also wants to interrogate him.

Ajmal Kasab, the lone terrorist arrested after the Mumbai 26/11 attacks, has mentioned Abu Hamza's role in court. He said that while he was training in Pakistan, it was the handler who taught Hindi to him and the others who executed the 26/11 attacks.

The Delhi Police officially maintains that Ansari was picked up from the Indira Gandhi International Airport - without explaining why he would  risk travelling to India, or how he boarded a plane given that there's an Interpol red corner notice (the equivalent of an international arrest warrant) for him. Home Minister P Chidambaram did not confirm or deny reports that he was deported from Saudi Arabia. "The person who goes by the pseudonym of Abu Jundal has been apprehended and remanded to the custody of our law enforcement agencies," he said. Police sources say Ansari has been arrested under the Unlawful Activities (Prevention) Act (UAPA), the Explosives Act and the Passport Act.

Hamza, 30, belongs to the Beed district of Maharashtra, and is also wanted for the attacks on local trains in Mumbai in 2006 in which 180 people were killed. An NIA team was camping in Beed last week.

Promoted
Listen to the latest songs, only on JioSaavn.com
Hamza, who has trained at the Indian Technical Institute at Beed, is believed to have become a jihadi after the Gujarat riots. Among the many terror plots that security agencies believe he played a role in, was also an alleged plot to assassinate Gujarat Chief Minister Narendra Modi. He is alleged to have first joined the banned group SIMI (Students Islamic Movement of India), then the Indian Mujahideen and later, the Pakistan-based Lashkar-e-Taiba. Intelligence sources believe he has been a vital link between the Indian Mujahideen and the Lashkar.